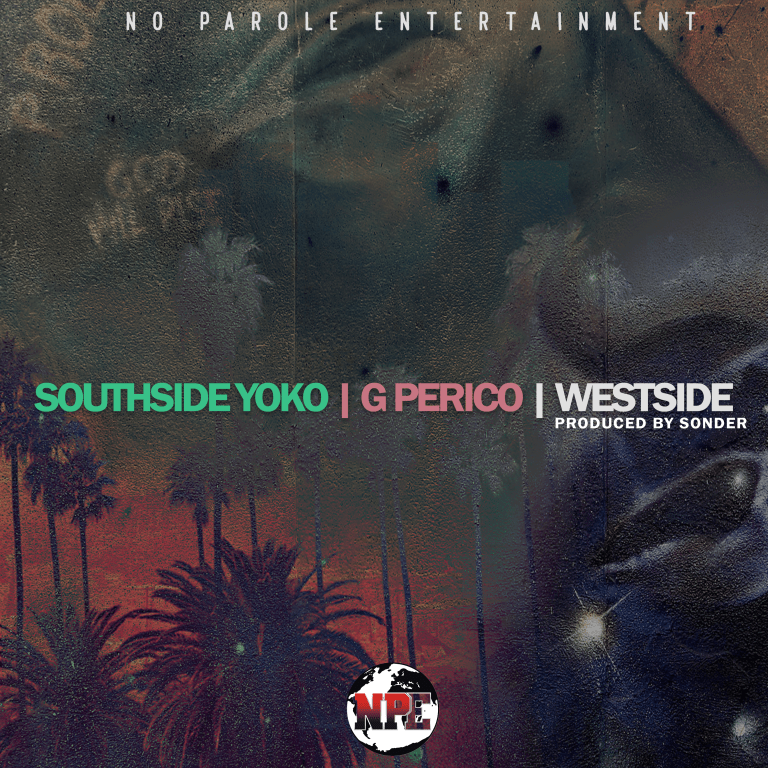 No Parole Entertainment artist Southside Yoko has just unveiled his latest collaboration with the skilled urban artist G Perico on the track “Westside.” This joint is a reminder of Hip-Hop’s true power, an indisputable success in terms of the vibe both urban phenomena have managed to create. This laid-back production is all about getting high on the sunny beaches of California, as the rappers blend sweet sounds with their smooth flows. The visuals shot by Rick Rogers capture the artists throwing a pool party in their Californian mansion, with some fine female guests for company. Produced by Sonder, “Westside” is a whole vibe on its one, no extraordinary fact knowing that G Perico has established himself as one of the most promising young rappers of the West Coast while Southside Yoko has always had music running through his veins thanks to his uncle, the legendary guitarist and producer of David Williams.

Southside Yoko grew up in Hampton, VA, and inspired by the education he received from his parents and family, also decided to open a barbershop business that also houses a recording studio in his neighborhood.

With G Perico being one of Nipsey Hussle’s friends before his death, Southside Yoko has imagined a perfect summer-filled track that has already been viewed over 200K times, so expect much more in the coming months!