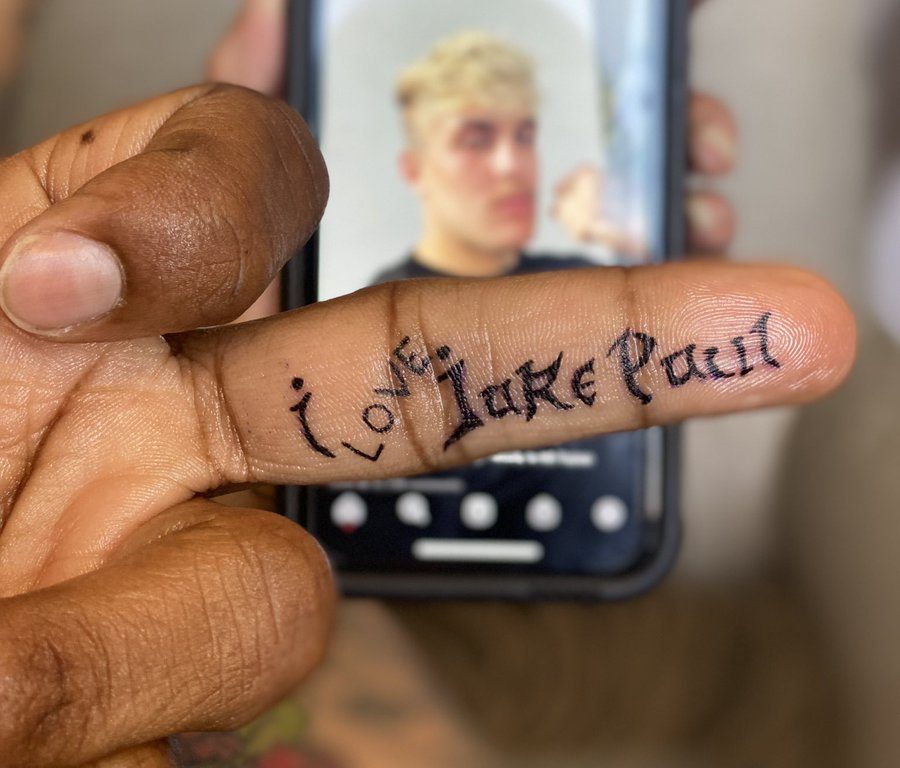 Last month, Jake Paul defeated Tyron Woodley by the skin of his teeth. Regardless of how close the match was, Paul won, and now Woodley is holding up his end of the bargain and got an “I Love Jake Paul” tattoo on his left middle finger.

“I love you son,” Woodley wrote on Instagram. “Now come and get this a– whippin cause i heard you been talking back to your elders.”

If Woodley got the tattoo, he would be granted a rematch. It appears now that fight could happen. Earlier, Paul balked at the idea because Woodley took too long.

You can see the tattoo below.