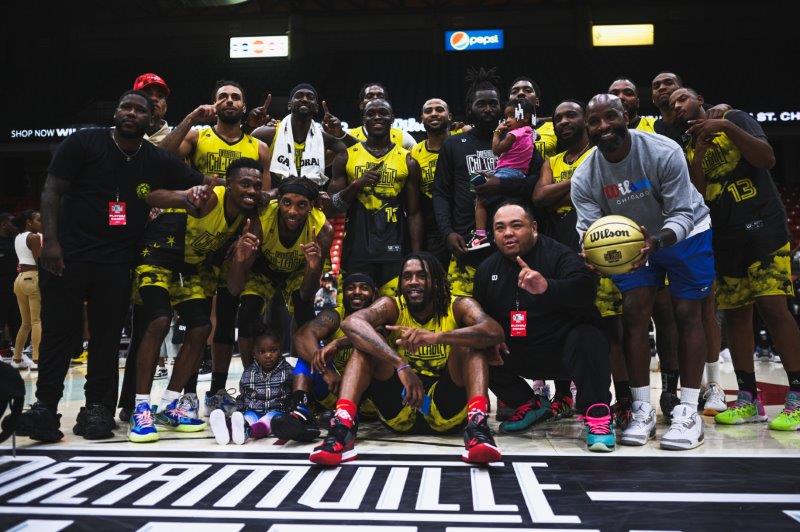 The Chi-League of Dreamville This past Saturday, the Powered by Wilson pro-am basketball tournament celebrated its winners at the Chicago Credit Union 1 Arena at the University of Illinois. Team C.A.S.H. won the men’s championship, and Team That Harper Kid won the women’s championship for the second time in a row.

Khaalia Hillsman of Team That Harper Kid won the game’s M.V.P. award after scoring 11 of her game-high 21 points in a dominant fourth-quarter performance that helped her team defeat Team Chaos 81-72.

With a 123-99 victory over Team E’Twaun Moore, Team C.A.S.H. easily won the men’s title thanks to the game M.V.P., Talen Horton-Tucker, who scored 25 points, and 23 points each from Jabari Parker and Bobby Portis.

You can see images from the championship game below.