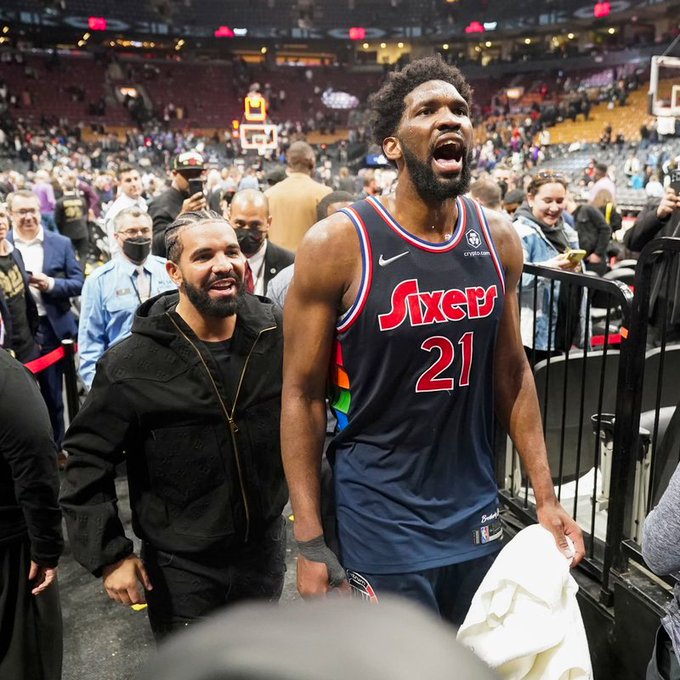 Drake is such an easy target in Toronto. The 6ix God was courtside as the Toronto Raptors gave a spirited effort to get out of a 2-0 hole in their series against the Philadelphia 76ers. Unfortunately for the Raptors, Joel Embiid had more spirit.

Joel Embiid dropped 33 points and 13 rebounds. The biggest of the three was a fadeaway jumper off the inbound pass, all-net, putting the Raptors on the brink of elimination.

As Embiid strolled off the court, he immediately found Drake and screamed at him:

“That’s what you call a fuckin superstar! Get your ass on, I’m coming for the sweep too!”