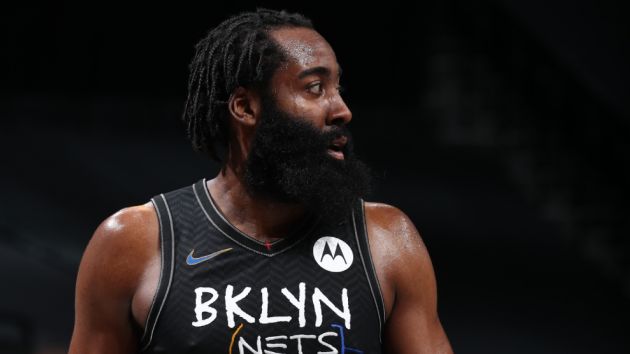 At one time, the Brooklyn Nets trio of James Harden, Kevin Durant, and Kyrie Irving was believed to be world-beaters. After coming together last season and various injuries kept them off the floor, this season has only seen them united one time.

Currently sitting in a 9-game skid, the Nets are forced to look in the mirror and Harden wants out. ESPN’s Adrian Wojnarowski reports Harden is hesitant to ask for a deal because of public response to him asking out of a franchise for the second year in a row.

The believed deal on the table for Harden would be a swap for Philadelphia 76ers star Ben Simmons who has yet to play this season due to friction with the team. Additional names would be added to the deal for it to take place. The trade deadline is Thursday at 3 p.m. ET.

Harden has not played in the last three games for the team and Durant is out until after the All-Star break.