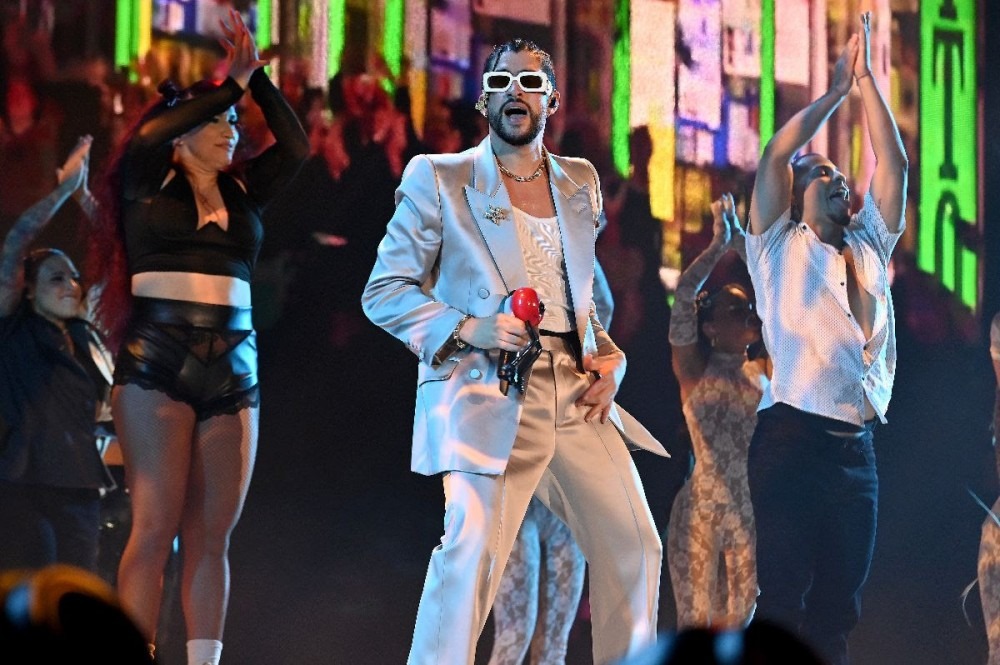 Bad Bunny is HIM. The Un Vernao Sin Ti rapper and megastar hosted the New York stop of his tour at an insanely packed Yankee Stadium. Pulling double duty, Bad Bunny let MTV join his world, bringing the visuals of his stunning live set to the VMAs.

The remote performance was of “TITÍ ME PREGUNTO,” showcasing how much a global icon Bad Bunny is.

In addition to the stunning performance, Bad Bunny won Artist of the Year, becoming the first Latin Artist in history to win the award.

Bad Bunny‘s Un Verano Sin Ti album has made a run of 15 weeks at the top of the Billboard 200 this year. He could extend that run this week, competing against DJ Khaled’s GOD DID, which is set for a 115,000 first week performance.