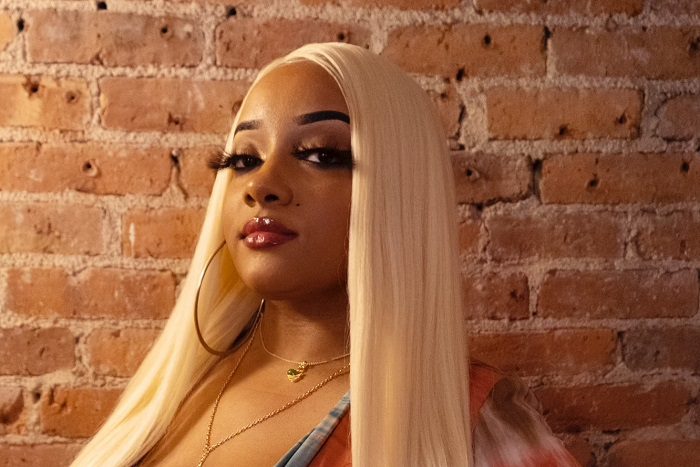 Hip-Hop royalty ran through the veins of Santana Fox before she ever picked up a microphone. The daughter of Mobb Deep frontman Prodigy has been blazing her own path and continues with the release of her latest project, The Awakening, a special Halloween release.

The Awakening follows Fox’s stellar debut album Girl Next Door, which was released in June. The new release is a five-track effort that enlists the help of artist Amber Simone on the project’s closing title track.

Speaking with The Source, Fox detailed the new release the album carries a darker undertone than her previous effort.

“It’s definitely a darker-sounding project,” Fox details. “It’s five tracks and about the stages of grief.”

You can hear the project and learn more about Fox’s recent journey and the new release below.

You dropped your debut album this year. Now that a few months have gone by, how do you feel about that release?

Santana Fox: I feel good about it. I feel like a huge weight lifted cuz I was working on it for like two years, maybe. So, I was definitely happy when I dropped it cause I felt like I was finally telling people my story.

Do you feel like there was pressure in creating that album or just performing and delivering in your own career?

Um, yes and no. Cause I do feel like I got shoes to fill, but at the same time, I like creating my own lane for myself. So, I do go back and forth between feeling pressure and feeling that weight of creating for myself.

You mentioned this album highlights stages of grief. Is it hard to place yourself in that world and create that style of content?

Yeah, cause it put me back in like a dark place for a little while. Cause I had to remember a lot of stuff that happened to me in the past couple of years, which I have pushed out in my memory. So when I started writing for this project, it definitely made me a little sad. But I think dropping it will also help me release a lot of that grief.

There will eventually be songs in here that you perform. How are you preparing to balance the weight of those songs with everyday life?

You know, I can’t even think about that, but I’m sure it will be hard to perform because I’ll probably get emotional. That’s just part of the artistry, though. Being vulnerable and showing that side of you. I feel like that also helps you connect with fans, and they might have gone through what they could relate to. I’m not scared to show that side of me, but I might be uncomfortable, like performing it and crying. But I feel like that’s part of the process.

What areas do you feel that you have grown in from the first release and then now coming into this one?

Definitely my vocals. I used to be so shy in the booth and afraid to try new things, and now I’m a lot louder. Now I sound more confident, and the wordplay is better too.

How did you break that shyness?

I started bringing more people to the studio with me and just allowing my close friends to hear me messing up and having them do retakes. It helped me not to feel embarrassed.

Your new project is coming weeks after your father’s posthumous album. How does it feel to be able to release in such a near timeframe and have both of your careers overlap him?

It is very strange, honestly. I have to realize that my life and my career still go on. I can’t allow that to hold me back, but I’m also paying homage to him on this project and explaining a lot of stuff that we had to go through just to drop his project on my album as well. So yeah, it does overlap, but I just don’t feel right pushing it back due to that.

What can fans expect from Santana Fox in the future?

Definitely more projects on the way. I wanna go on tour next year and try to put that together now.