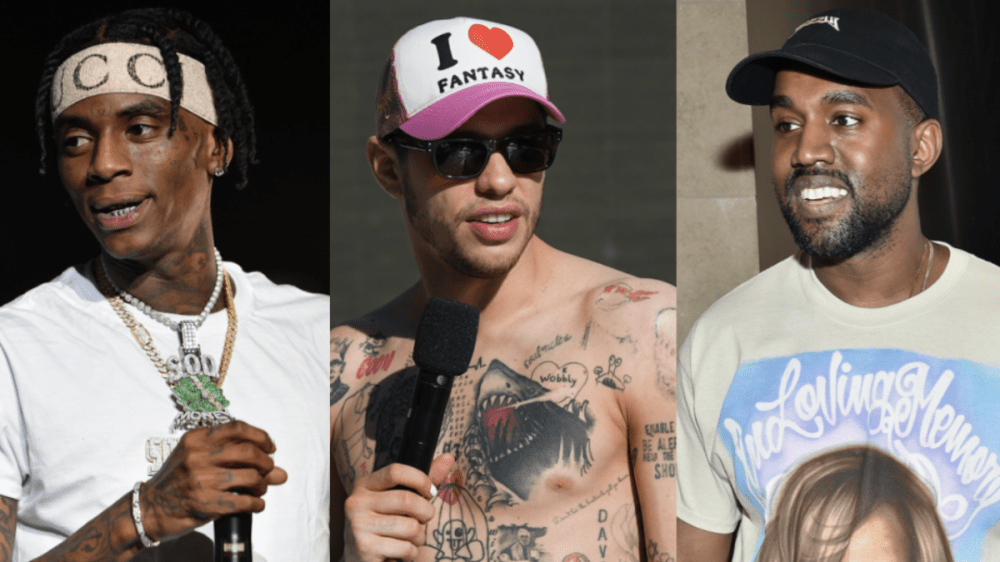 Soulja Boy is team Kanye West as far as Yeezy’s feud with Pete Davidson goes. Soulja hopped on Instagram Live on Thursday (March 17) and warned “Skete” that if he keeps dissing Kanye, he’s going to have to deal with the wrath of Big Draco.

“Pete Davidson, PSA: Watch your fucking mouth when you’re talking to Kanye like that, n-gga,” he threatened. “I don’t know who the fuck you think you is, but you not Big Draco.”

The “Crank That” rapper referenced how Davidson bragged to Kanye via text that he was in bed with his wife and Soulja continued to warn him that even though he’s had his own issues with Kanye, he’s the only one that can talk crazy to him and the Saturday Night Live comic has no business doing it.

“Do not talk to Kanye like that no more or you gonna have me on your ass, n-gga,” Soulja Boy continued. “Can’t nobody talk to Ye like that but me, n-gga. Watch your mouth Skete.

“N-gga talk about I’m in the bed with your wife. Boy, we will come over there and mush yo little ass. Boy, you better stop playin’ on the phone with some real niggas.”

He finished off the rant by saying that Davidson has to come back down to reality.

“That damn Kim Kardashian got you feeling yourself a little bit too much,” he concluded. “We got to bring you back to reality Skete before we got to come and skete skete on your muthafuckin’ ass. We all know Kanye is a little off but you can’t talk to him like that.”

Soulja Boy and Kanye West previously beefed when Kanye took him off Donda‘s “Remote Control,” but the two reconciled when Big Draco appeared on Donda 2‘s “First Time In A Long Time” in February.