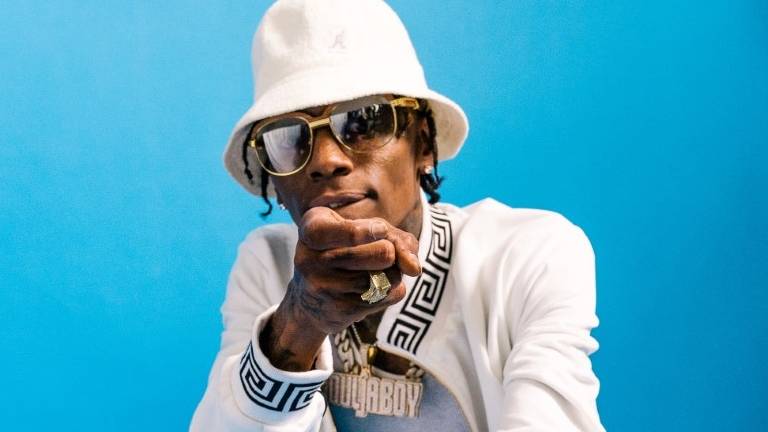 Soulja Boy was incensed on Sunday (March 6) when Love & Hip Hop: Atlanta personality Akbar V pointed out he wasn’t from Atlanta her new single “Sorry Not Sorry (G-Mix).” After catching wind of the track, the Grammy Award-nominated rapper hopped on Instagram Live and went off to the point where he was uncontrollably screaming.

“Um, Akbar, could you sit your nipple head ass down somewhere, bitch,” he says. “Fuck you talkin’ bout Soulja Boy ain’t grow up in the A? Bitch, you don’t know me! You don’t know shit about me! You fathead, nipple head, waffle head bitch!”

Akbar re-shared the clip and asked, “@souljaboy now big Draco what I do to deserve this. I love #bigdraco it hurt me when I found out u wasn’t from Atlanta cause u rep us so well. We let you stay cause u had everybody cranking that Soulja. We know u not from the A. We adopted u. forever … you from Chicago bro.”

Soulja Boy then shouts, “Suck my dick! I’m from the Westside on my mama!” Akbar addressed that sentiment as well and wrote, “Zone 1 Simpson Red check in is @souljaboy from over there … cause we Atlanta want to know. Draco made at me I said we let him stay cause dance was hard.”

After cooler heads prevailed, Soulja Boy dropped another video and said, “Look bro, I’m done with this conversation. Shout out to Akbar. That’s the end of it. You feel me? I’m from Chicago, Atlanta, Bompton…”

Akbar responded to that video as well, writing, “y’all know I love @souljaboy #bigdraco I was bout to come back on his a$$$$. bro I’m Queen you can be from Atlanta I’m bout to get you a birth certificate made right now so on this very day u will be from Atlanta. Y’all make sure to get his album when it drops.”