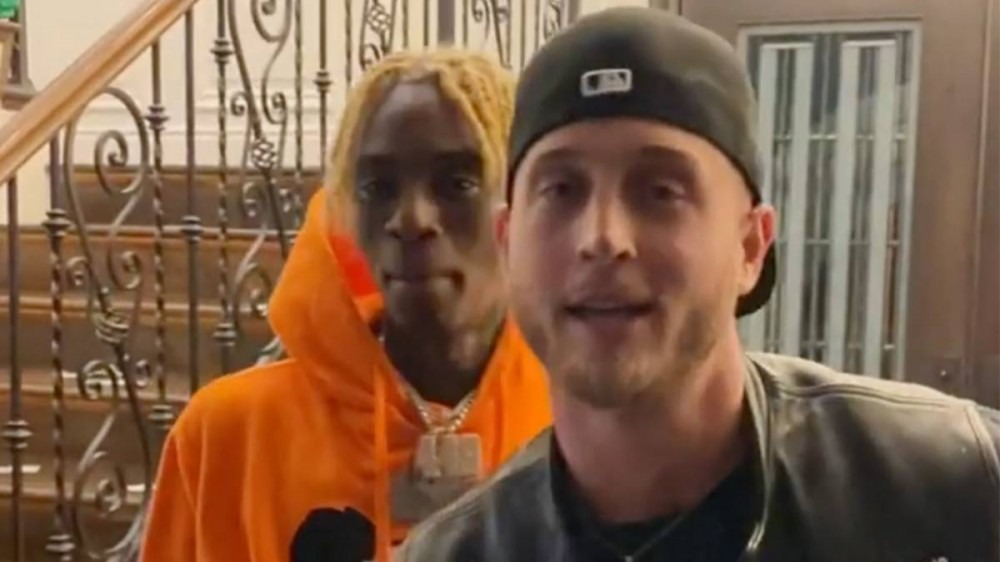 Soulja Boy is making SODMG Records a priority in 2021 with the recent signings of Skinnyfromthe9 and Hoodtrophy Bino. Now, he’s decided to bolster the label with the addition of Tom Hanks and Rita Wilson’s controversial son, Chet Hanks, who’s no stranger to dominating headlines like Soulja Boy himself.

“It’s going down man,” Soulja Boy said in a video. “Chet Hanks man, my new artist signed to SODMG Records as the first rapper signed this year. It’s going down. Big Draco, we about to make history, you know what I’m saying? SODMG. Album on the way, just wait.”

Chet Hanks also posted the video to his Instagram with the caption, “JUST SIGNED TO #SODMG. JUST WAIT TO SEE WHAT WE DO NEXT @souljaboy @sodmgrecordsllc U DIGG. @stephenbelafonte1.”

Under the name Chet Hanx, he released his debut single “White Boy Summer” in April before following up with “DAMN!” in June. Earlier in August, Hanks was criticized for an anti-vaccine rant despite his parents contracting COVID-19 in 2020.

“I’ve been kinda on the fence about this for a while,” he began. “That’s why I’ve never spoke on it, but with the amount of people I know recently that have gotten COVID and with the numbers rising, I think it’s important for me to say I got the vaccine. I think everybody should. I think it’s really important that we all do this just as citizens, as Americans. We have to look after each other and get this shit under control, guys.”

Quickly changing his tone, he said, “Psych, bitch! If it ain’t broke, don’t fix it. I’ve never had COVID. You ain’t sticking me with that muthafucking needle. It’s the muthafucking flu. Get over it. Why are we working around y’all? If you’re in danger, stay your ass inside. I’m tired of wearing the muthafucking mask.”