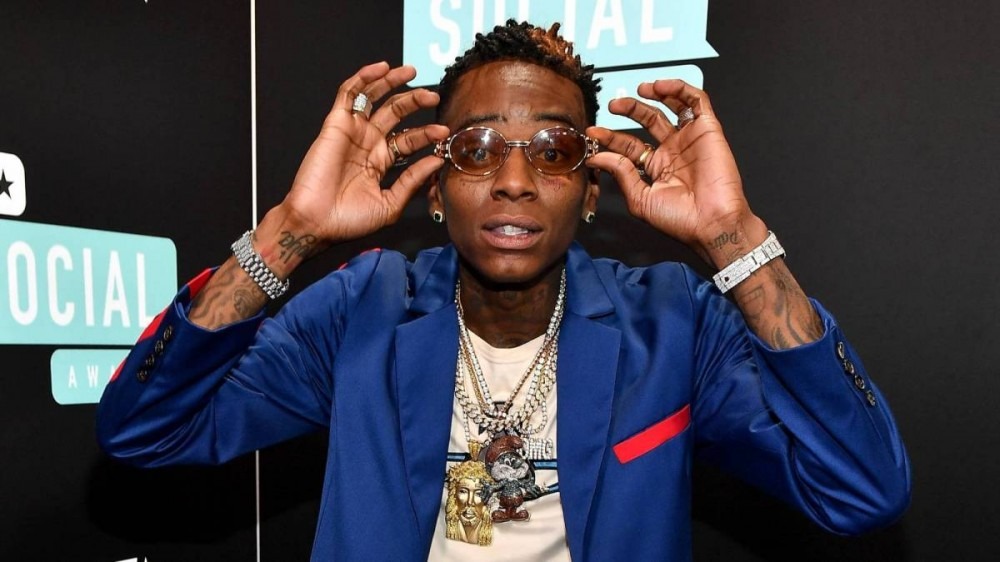 Soulja Boy was incensed after he was accused of buying fake jewelry at a local mall earlier this week. On Wednesday (August 11), a man who goes by @worldtourtoo on Instagram shared a video of Big Soulja and his crew at the mall kiosk buying jewelry.

“Not big Soulja,” the man said in the clip. “Ain’t no way!” At the same time, he flaunted his own chain he claims to have purchased from celebrity jeweler Wafi at Atlanta’s Jewelry Unlimited.

“Soulja you dead wrong,” he wrote in the caption. “First Rapper To Get Caught Buyin Jewelry In The Middle Of The Mall.”

The man then went and did some investigating into the matter, asking the jeweler if Soulja Boy bought anything from him. He also confirmed the jewelry wasn’t real.

“SOULJA BOY REPORTED IT AND HAD IT DELETED CAUSE HE KNOW THE TRUTH @theshaderoom,” he wrote in the caption.

Soulja Boy was quick to respond to the accuser and fired back in an Instagram video with, “Broke ass n-gga. Walk in that same jewelry store that you just left in the mall and try to buy the Cartier, n-gga. That muthafucka $35,000. The Rollie $30,000.

“Everything over there real. They sell real ice in the mall, clout chasin’ ass pussy ass. Stop fuckin’ playin’ with me n-gga. Fuck you talkin’ bout.”

He also shared a clip of the price tags on some of the items at the kiosk, with one Cartier watch priced at $35,000.

But Soulja Boy was evidently just warming up. He then asked the man to join him on Instagram Live where he berated him for posting the videos. Later, the man shared his own Instagram video and claimed Soulja Boy was going to sick his crew on him.

“Soulja talkin’ bout some n-ggas are gonna come to Compton,” he says. “Who the fuck? Who the fuck this n-gga think he is?” He later conceded it wasn’t Soulja that was buying the allegedly fake jewelry, it was actually “one of his artists.” He just wanted Soulja Boy to “stop cappin’.”

Three of the man’s friends joined toward the middle of the video and one of them said, Soulja Boy “ain’t comin’ to Compton, he’s coming to Bompton.” Whatever the case, it’s clear the whole situation got under Soulja Boy’s skin.

Watch the roughly 12-minute conversation below.