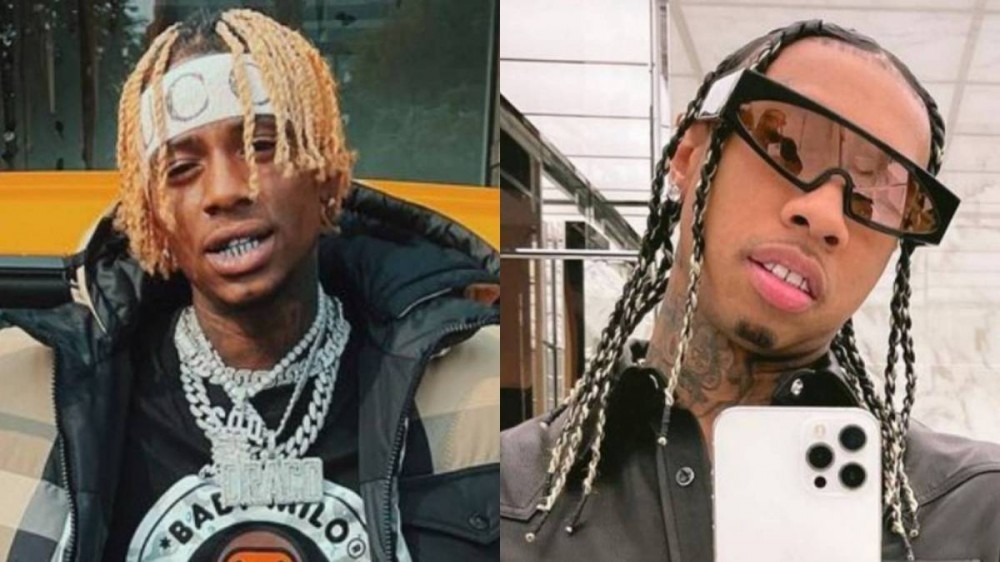 Los Angeles, CA – Soulja Boy is already going in for the kill-shot on Tyga after the “Mrs. Bubblegum” rapper turned himself into LAPD authorities on Tuesday (October 12), in connection with an alleged physical altercation with his ex-girlfriend Camaryn Swanson, TMZ reports.

In a blunt and damning Instagram post, Big Draco seemingly condemned T-RAWW and gave himself a pat on the back in one fell swoop.

“Tyga!!!!!!???? I had the biggest comeback!,” Soulja exclaimed in the caption of the post picturing a battered Camaryn Swanson.

Though Soulja Boy utilized his infamous Drake-fueled rant moment from his viral interview with The Breakfast Club to troll Tyga, the entire situation is shaping up to be much more serious than a meme joke for the 31-year-old rapper who was hit with a stiff $50,000 bail upon his arrest.

Camryn Swanson also fuel to the fire Tuesday, after sharing photos of her text thread with Tyga, and the injuries she sustained from the purported attack.

And even though Tyga is the butt of his insensitive joke, Soulja Boy was also unfortunately accused of a previous domestic assault this year.

Back in March during a podcast interview appearance, legendary producer Tedy Riley’s daughter Nia Riley revealed that she believed the “Rick And Morty” rapper caused her to have a miscarriage.

According to Riley, the miscarriage happened while she was at least 15-weeks pregnant after a dispute escalated and prompted Soulja Boy to kick her in the stomach.

Riley claims that Soulja knew she was pregnant at the time and also alleges he pointed a gun at her head on a separate occasion when she was trying to end their abusive relationship.

In another, unrelated case, Soulja Boy’s ex-girlfriend and former personal assistant accused the chart-topping rapper of sexually assaulting her, holding her hostage and creating a “hostile” work environment along with other negligent claims.