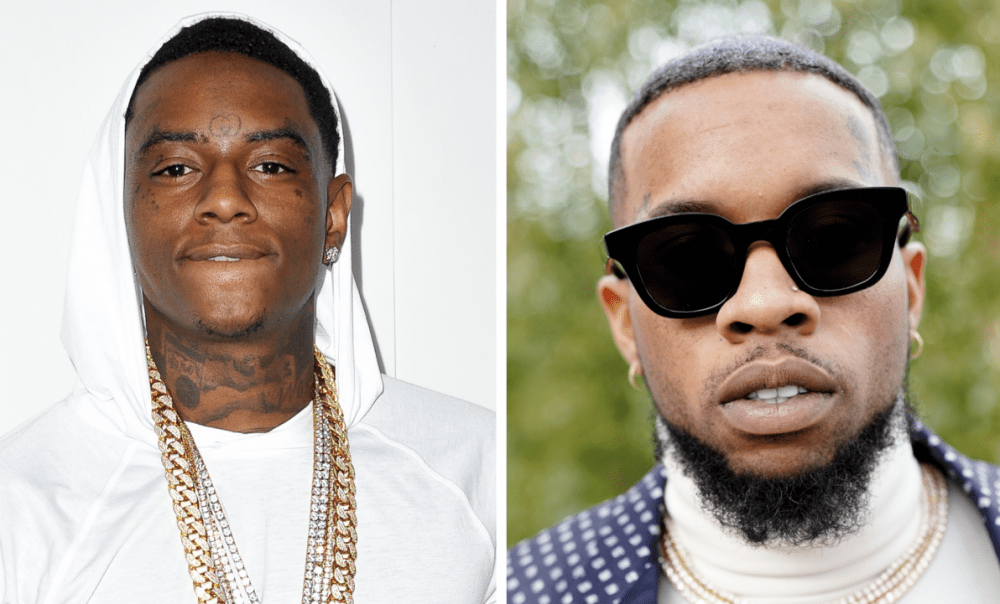 Soulja Boy knows how to get the internet worked up and he’s at it again making headlines for his antics this week. After declaring he’s the reason Hip Hop began to wear Bape, rappers such as Juelz Santana and Tory Lanez perked up and laughed off his bold claim on Thursday (April 8).

While Lanez credited Lil Wayne for inspiring him to rock Bape, Big Draco wasn’t happy being glossed over in the debate and decided to fire away at the Canadian R&B singer, calling him “lame as hell.”

Instead of making the public back-and-forth even messier, Lanez hopped on the phone with Soulja Boy to squash the beef over what Soulja Boy explained was a “misunderstanding.” Keep in mind they’ve had a working relationship for a decade now.

“Just got off the phone wit @torylanez y’all chill we good on gang,” he wrote. “Misunderstanding.”

Just got off the phone wit @torylanez y’all chill we good on gang. Misunderstanding.

With the Tory Lanez beef cleared up, Soulja Boy’s focus can go back to his music which is creating waves on TikTok with “She Make It Clap” going No. 1 on the popular app.

“My song is doing better than rappers on a major level with marketing budgets let that sink in,” Big Draco tweeted about his new single “She Make It Clap” going No. 1 on TikTok. “And I see these rappers copying my tiktok wave they think they slick y’all wasn’t doing this last month lmao I go #1 and here they come.”

Later Thursday, Virgin Music welcomed Soulja Boy to their label, so it looks as if the “Crank Dat” rapper has a new home on the music front as well.