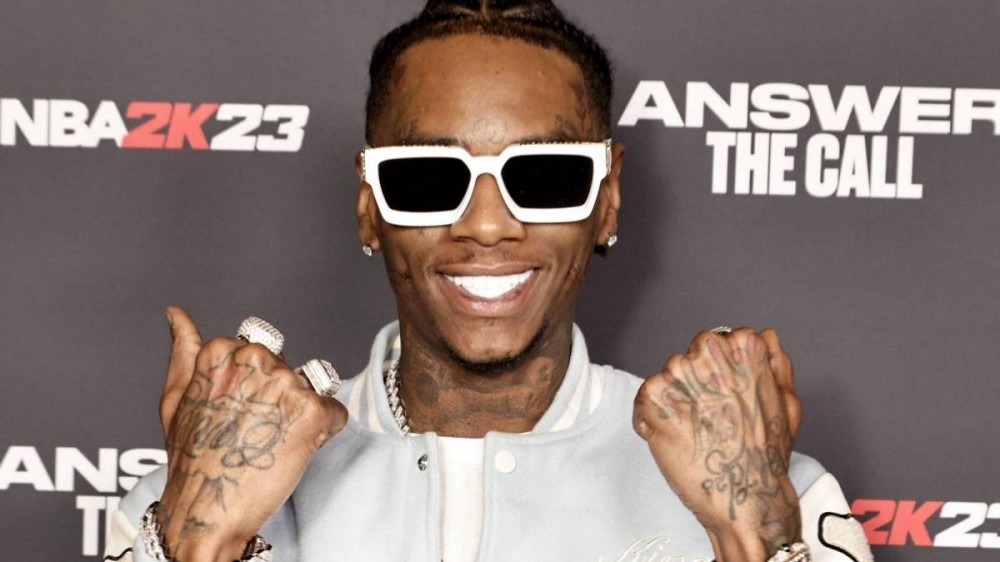 Soulja Boy and his girlfriend Jackilyn Martinez are expecting their first child and now, they have the photos to prove it.

Martinez — a Los Angeles-based hairstylist — shared a trio of Instagram posts from a recent pregnancy shoot showing off her enormous baby bump last week. The couple appears happy and, as she wrote in the caption, “dangerously in love.”

Soulja Boy first announced he was having a child in March. Taking to Instagram at the time, the 31-year-old rapper shared a video of himself and Martinez at a baby reveal party. As soon as the blue confetti and colored powder exploded, Soulja Boy started jumping up and down before running over to Martinez to give her a hug. He wrote in the caption: “It’s a boy!!”

But the pregnancy stirred up some unpleasant emotions for at least one person — his “secret” girlfriend of over a decade. Speaking to Daily Mail, Aliyah Hayes said she met Soulja Boy when she was 19 years old and it was “love at first sight.” As for Martinez, Hayes thought she was simply his hairdresser and nothing more.

“I met the hairdresser maybe once or twice,” she explained. “I was really confused on their relationship. I thought she was friends with his friends. I knew she did hair. When I came across her, she was very nice to me. She knew I was his girlfriend. We would kiss and be with each other right in front of her, so I just had no idea.

“There was a Saturday I was just feeling a weird feeling that day. I was kinda sad. he was actually hosting a club I was going to attend. I decided to go to Instagram and the moment I go to Instagram, it was right there on the feed … I dropped my phone immediately. I began to feel the devastation and heartbreak of our relationship and just couldn’t understand why we never discussed this, and I’m viewing this with everyone else that follows him.”

Hayes confessed she thought they were going to get married and start a life together. She added: “Me and him are so much closer than his fans and followers. I was devastated to find out with his seven million followers. I’m not a follower, I’m his girlfriend. I was Soulja Boy’s girlfriend for over a decade, and it’s been on and off, but it’s be on for awhile now, and she was just someone who would come over to do hair.”

But judging by the photos, Soulja Boy and the mother of his child are building a life of their own. No word on when the baby boy is due.