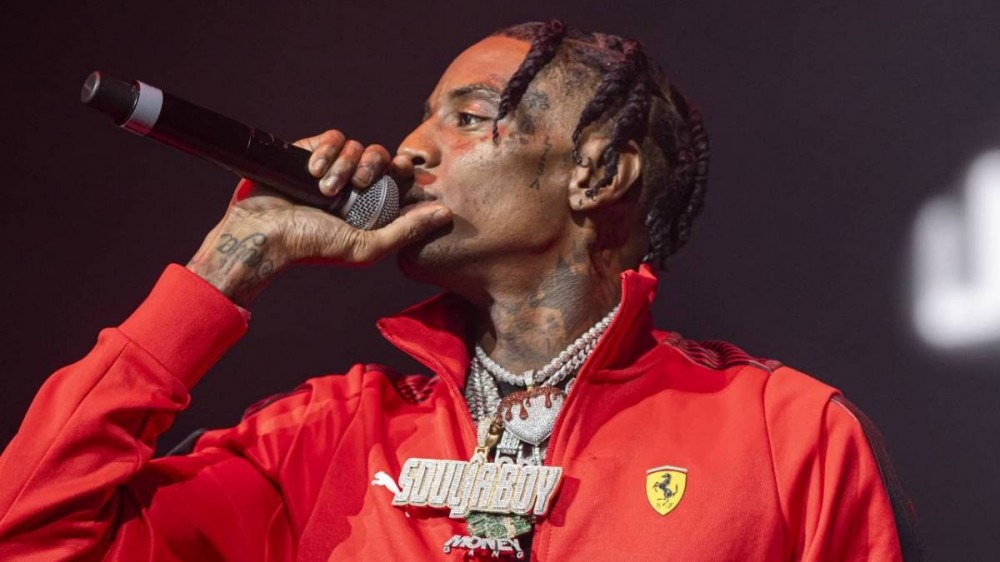 With the Squid Game craze sweeping the nation, Soulja Boy hopped on the tidal wave and released a track named after Netflix’s scorching show on Thursday (October 14) rhyming over the Squid Game‘s harrowing theme song.

In the opening verse, Big Draco namedrops the children’s game Red Light, Green Light which is played and a main them of the show’s pilot episode.

“Red light, green light/You know that I came with my team, right/Fuck n-gga play, he get hit with that beam, right/Yeah, 15 gon’ clear the whole scene, right,” he raps.

Soulja Boy is also continuing his war of words with Tyga and blasted T-Raww once again following his arrest on felony domestic violence following an altercation with his ex-girlfriend Camaryn Swanson earlier this week.

Soulja Boy with some words for Tyga pic.twitter.com/x6zANzfiSk

Soulja Boy continues his run as part of The Millennium Tour 2021 with stops slated for this weekend in Greensboro, Atlanta and Charlotte.

Listen to “Squid Game” above.