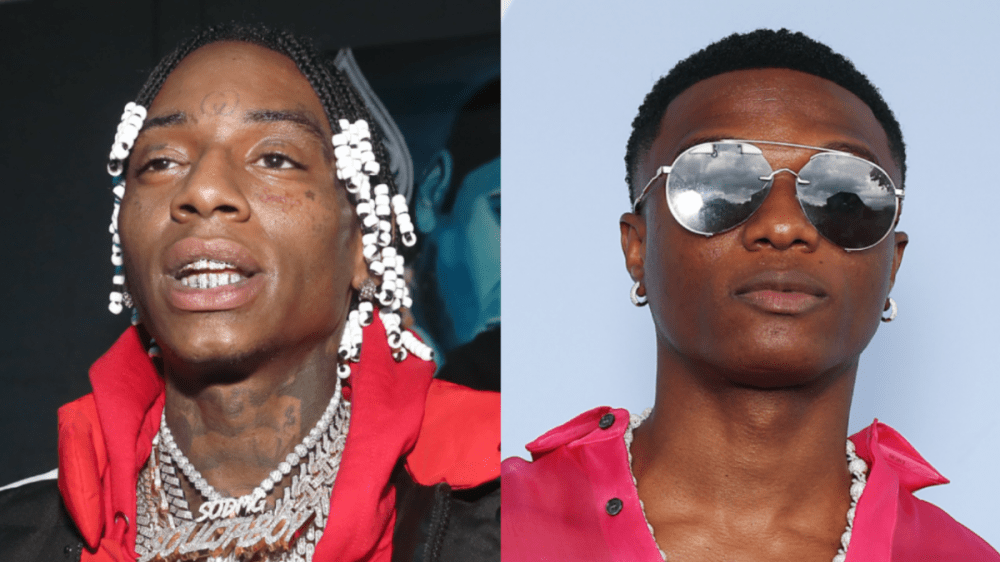 Soulja Boy is calling out WizKid after coming across a tweet dissing him 12 years ago. The rapper took to Twitter on Sunday (July 10) to respond to the Nigerian artist tweeting “I swear soulja boy is wack!..jeeeezzzzz!” in May 2010.

“Ya mama Wack,” Soulja Boy wrote in a quote tweet. “Shut ya bitch ass up.”

WizKid was 19 years old at the time and had only released a couple of singles from his debut album Superstar, which dropped in 2011. As for Soulja Boy, he was the same age and had two albums Souljaboytellem.com and iSouljaBoyTellem under his belt, including hit singles “Kiss Me Thru the Phone” and “Turn My Swag On.”

Ya mama Wack. Shut ya bitch ass up https://t.co/Ic8SMiCFuU

Later on Sunday, Soulja Boy went on Instagram Live to speak more about WizKid’s tweet, saying it doesn’t matter how long ago he tweeted.

“I just seen this shit right now n-gga, you feel me?” he said. “I don’t understand how n-ggas can say, ‘Soulja Boy wack, Soulja Boy this, Soulja Boy that.’ But as soon as I say, ‘You’s a bitch, ya mama,’ then it’s, ‘Oh, he’s clout-chasing. Oh no, he crazy. Oh, why he say that?’ What about when a n-gga was calling me wack and shit though? What about then? So that don’t matter? ‘But Soulja, it was a long time ago!’ I don’t give a fuck how long ago it was.”

He continued, “I don’t give a damn if it was 30 years ago, 30 minutes ago. N-gga better not say my muthafuckin’ name, bitch! It’s gonna consequences, repercussions and responses every time! What the fuck! N-ggas don’t get no Soulja Boy name pass card, n-gga! We don’t give a fuck if you ain’t know you was gonna be famous when you said that shit. You famous now, n-gga. I just now seen it, n-gga. Who was you talking about?! Who the fuck this n-gga talking about?!”

“Rap is in its adolescence and it’s been stuck here since Soulja Boy,” he said during an interview with Jerrod Carmichael for Interview Magazine. “Before, everybody looked 35 and up. When Lil Wayne and JAY-Z and T.I. and Jeezy and [Rick] Ross was on, rappers looked old. Like, we had Lil Bow Wow and that was it.”

He added, “That all changed with the internet and self-releasing. Now, rap is stuck in this braggadocious, adolescent space. It’s not as mature.”