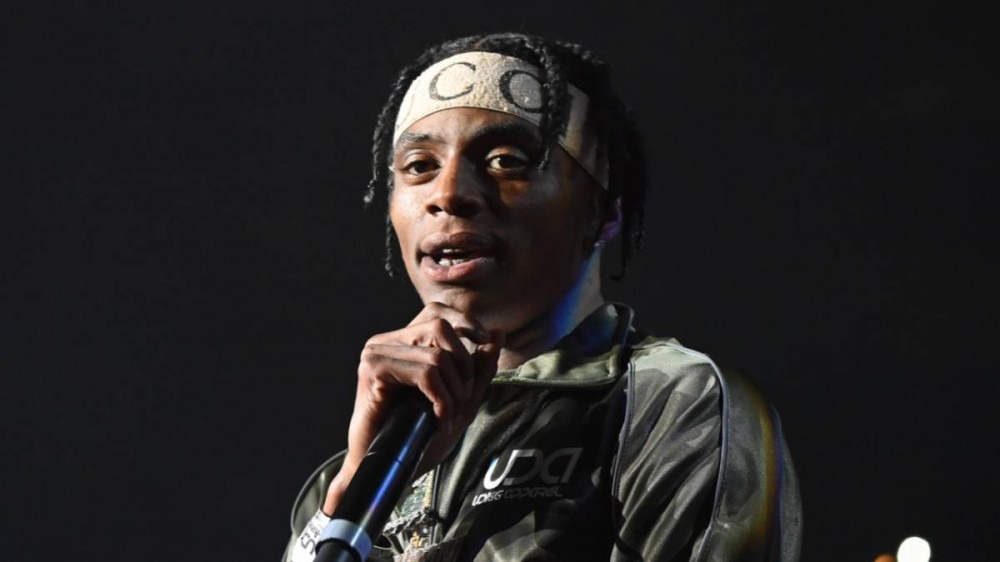 At this point, is there anything Soulja Boy wasn’t the “first” to do?

The self-proclaimed Hip Hop pioneer set the record straight on yet another topic on Monday (January 31) when he fact-checked Lil B over a statement about who the first rapper on Twitter was.

It all started when the Based God showed love to Wiz Khalifa for being early to embrace the social media platform, writing, “Wiz Khalifa was the 1st rapper I seen on twitter this was during MySpace he was already huge on twitter! – Lil B.”

Wiz responded in kind by tweeting, “Love you bro. Still remember Vegas when black and yellow first came out.”

However, Soulja Boy wasn’t about to let Wiz Khalifa get all the plaudits for being the first rapper with a Twitter account, especially with receipts to prove otherwise.

“You must be high as Fuk I was the first rapper on twitter B stop that,” the pedantic SODMG leader barked in response to Lil B.

😂😂😂 you must be high as Fuk I was the first rapper on twitter B stop that https://t.co/zwvCg3JIhW

Big Draco then pulled out screenshots of his and Wiz’s respective Twitter bios, revealing he joined the platform in October 2008 while the Pittsburgh native created his account almost six months later in February 2009.

“Check the dates,” he ordered the Bay Area rapper. “Why u just cap like that?”

Check the dates. Why u just cap 🧢 like that? https://t.co/zwvCg3JIhW pic.twitter.com/cv9XgbHGfM

Never one to take himself too seriously, Lil B owned up to his mistake and made sure his 1.2 million followers knew that Soulja Boy was, indeed, the “first” rapper on Twitter.

@souljaboy is the big homie family and 1st rapper period! – Lil B

Both colorful characters with their own cult followings, Lil B and Soulja Boy have collaborated numerous times in the past, including for the joint mixtape Pretty Boy Millionaires back in 2010. Most recently, the Based God appeared on “Bay to the A” from Soulja’s 2021 project Soulja World.

Being the first rapper on Twitter is far from the only thing Soulja Boy lays claim to. Earlier this month, the “Crank That” star attempted to take credit for kickstarting the “money challenge” trend that has been flooding Instagram lately — before LL COOL J did some fact-checking of his own.