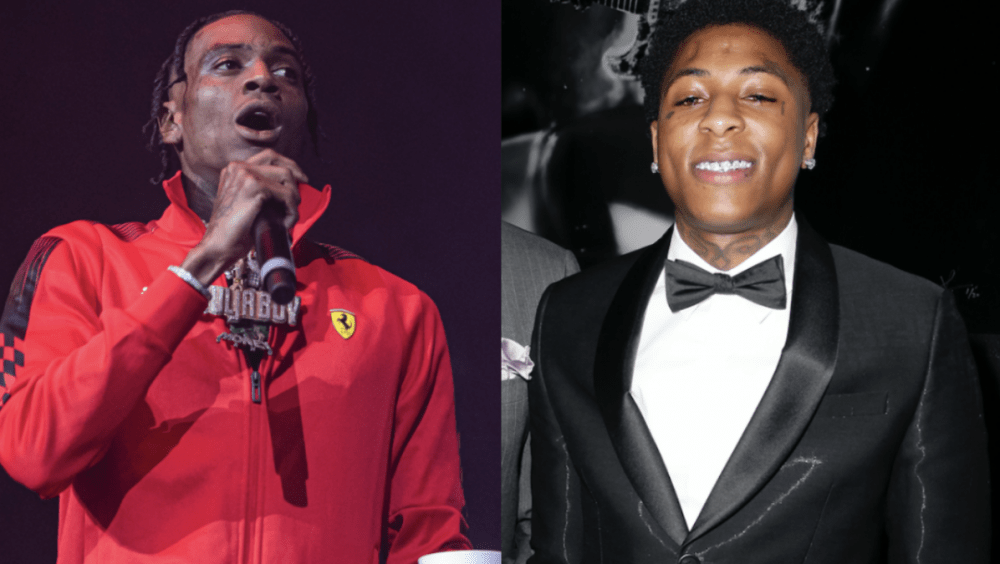 Soulja Boy chooses a new target on social media just about every day. Big Draco fired away at NBA YoungBoy and his rabid fan base on Wednesday and Thursday (October 13 & October 14) taking shots across the board at the incarcerated rapper on Twitter.

“YB fans gay af,” he wrote to set off the tirade.

Soulja Boy continued to throw insults at YoungBoy and his fans, “YB fell off. YB need to make better music, all that crying and whining on the track. Nobody wanna hear that shit.”

The “Crank Dat” rapper then blamed YoungBoy Never Broke Again’s fan base for turning against him.

“Nah fuck his fans made me hate that n-gga,” he wrote. “I don’t like NBA YoungBoy no more blame it on his fans.”

The entire move is possibly just a troll to irritate one of the most diehard fan bases in all of Hip Hop while their hero remains behind bars. YoungBoy remains in custody at the St. Martin Parish Correctional Center in St. Martinville, Louisiana.

His March arrest stems from a previous arrest in September 2020 when YoungBoy — born Kentrell Gaulden — was one of 16 apprehended in a parking lot after law enforcement seized handguns, rifles, drugs, $47,000 in cash, jewelry and a $300,000 check made out to the Sincerely, Kentrell rapper.

Soulja Boy also had smoke for Tyga after he was arrested on felony domestic violence charges following a Monday (October 11) altercation with his ex-girlfriend Camaryn Swanson at his Los Angeles home.

Last but not least, Soulja Boy attempted to shoot his shot with Saweetie as he looks to lock down a date with the ICY Girl.

“What a n-gga gotta do to have Saweetie,” he wrote.

Big Draco also returned to the music scene rhyming over the score to Netflix’s Squid Game.