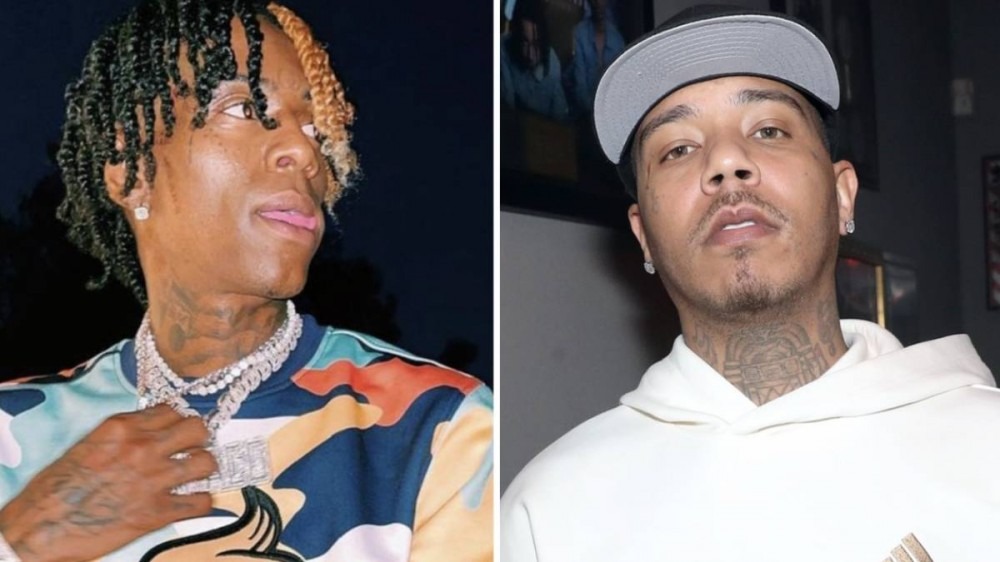 Soulja Boy won’t waste an opportunity to fire a few shots at people having fun at his expense. After going at Charlamagne Tha God for claiming he wasn’t actually from Atlanta, the “Crank Dat” star set his sights on Hitmaka. The rapper-turned-producer left a set of laughing emojis under Akademiks’ post of Soulja Boy responding to the Charlamagne and Big Draco was not happy.

“Yung Berg, you is a bitch, boy!,” Soulja said in a video. “Go get your chain back. Didn’t I take yo chain a long time ago? That Transformers chain? You ain’t neva get it back?”

Big Draco proceeded to poke fun at Hitmaka for always getting himself in situations where people jump and rob him.

“Pussy ass n-gga don’t never be under no fucking comments under Akademiks post leaving no fucking laughing emojis,” Soulja added. “You lame, pussy ass n-gga. Stick to stealing beats. You don’t make beats for real. Stick to getting n-ggas to making beats for you and you sell them to other artists and act like you made it.”

The infamous chain that Soulja Boy allegedly lifted off Hitmaka wasn’t actually stolen. Longtime Soulja Boy associate JBar revealed Big Draco and the SODMG collective actually got the chain from someone else who had it. Regardless of the story, Hitmaka has more than enough coin to replace it with production credits on hits such as “Rule The World” by 2 Chainz and “1942” by G-Eazy.

Whether Soulja Boy’s new “beef” is serious or just all fun and games, the 30-year-old rapper is a master troll. He’s been going back and forth with his friend Bow Wow ahead of their Verzuz showdown on June 26. He has also been on a hilarious run of claiming things he’s invented like Jake Paul and being the first rapper to still have their first Lamborghini.