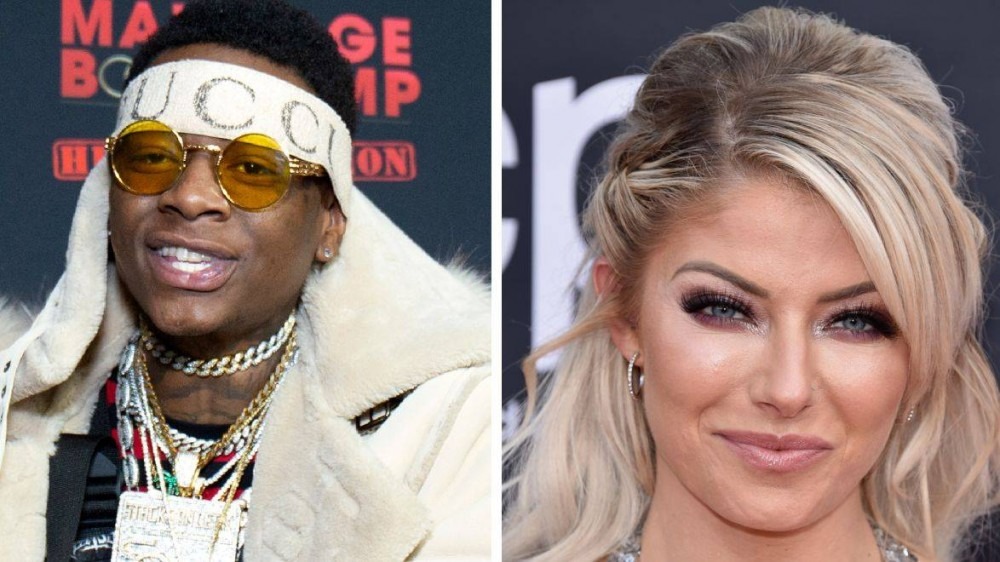 Soulja Boy’s beef with WWE wrestlers gets better by the day. After engaging in a fisticuff of words with Randy Orton on Tuesday (March 2), Soulja Boy got into it with another WWE superstar.

Alexa Bliss joined the beef when she tweeted, “What’s a ‘Soulja boy’? Well, whatever it is … Randy is not happy with it. #watchmeyuuuuuu.”

What’s a “Soulja boy”? 🧐 Well, whatever it is … Randy is not happy with it. #watchmeyuuuuuu

Big Draco heard the shot and fired one back to clarify what a Soulja Boy is.

“Hey Lexi it’s this dance you’re doing,” Soulja Boy wrote with a gif of Bliss busting out the infamous Crank Dat Soulja Boy dance in the middle of a match.

Bliss came back to explain she didn’t know who Soulja Boy was or what dance he was talking about, saying she did that dance to mock an opponent.

“Yowie wowie! that’s your dance,” Bliss tweeted. “I was doing that to mock Asuka. (a bad ass champ. FYI) …. But… I mean hey, lemme know if u need help choreographing your next video… I also throw temper tantrums in pigtails if u wanna use that too.”

Yowie wowie! that’s your dance!? 🙀 I was doing that to mock Asuka. (a bad ass champ. FYI) …. But… I mean hey, lemme know if u need help choreographing your next video… I also throw temper tantrums in pigtails if u wanna use that too. 👍🏻😉 https://t.co/FBY9DYpPQC

At this point, the ongoing feud between Soulja Boy, Bow Wow and the WWE has many thinking the rappers are involved with a program for the wrestling company. Wrestlemania, their biggest event of the year, is right around the corner, and the company usually has celebrities crossover to their side, leading to a match or special moment at the big show.

Bow Wow started all this trouble when he tweeted last month he wants to wrestle in a WWE ring after dropping his upcoming final album. Soulja Boy got involved when he claimed the rap game was faker than the WWE. Randy Orton caught wind of those comments and proceeded to diss the Atlanta rapper for even thinking wrestling is fake.

“Fake? Dare this prick to step up,” Orton fired back at Soulja’s tweet. “He dont like movies? Consider us actors that do stunts, without pads 200 days a year and don’t bitch when we get surgically repaired and come right back. Consider us 100 times tougher then anyone you’ve come across. Aint nuthin but a bitch ass.”

Bow Wow clapped back to defend his friend, saying the wrestlers were terrified that the 5’7″ rapper is training for his WWE debut. The comment brought another wrestler in the fold who ended up calling the rapper Paw Patrol.

Im slimming down. Getting in shape 1st. The process has started. Paw patrol.. 😂 that was a good one. Who’s your ghost writer? https://t.co/tGfB82k8AP

No way we lose that match. @RandyOrton https://t.co/gKgONKQRMw