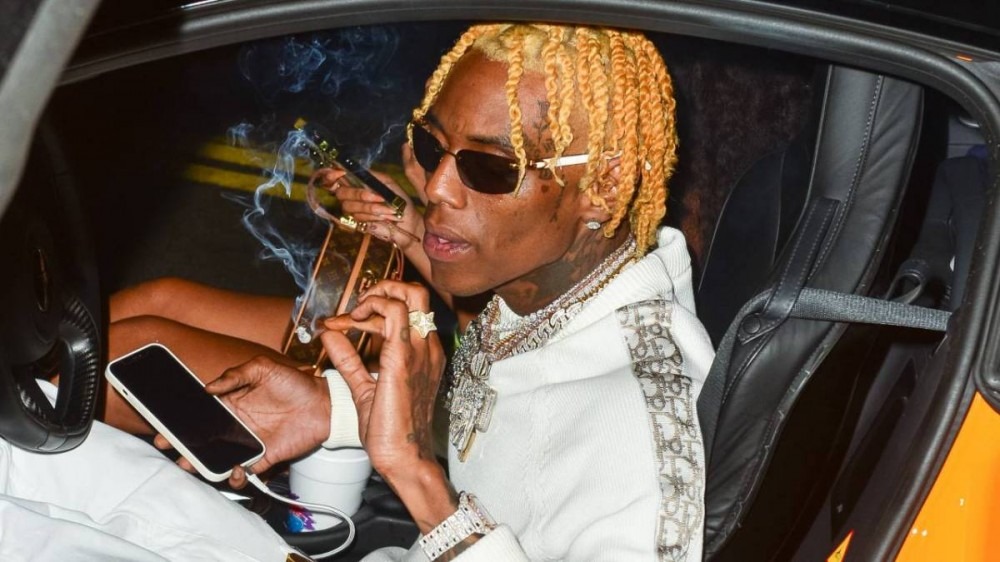 Soulja Boy took to social media over the weekend to announce he’ll be diving more heavily into acting, and confirm he’ll soon have a new television show air on Revolt. While the news is exciting, rumors started to swirl after Big Draco claimed all he’d be doing in 2022 was TV and movies. On Tuesday (January 4), he promised his new ventures don’t mean he’s done making music.

“I have not quit rapping,” Soulja wrote on Twitter. “My new album drop next month. I said I quit beefing. Blogs stop posting that. I WILL NEVER RETIRE FROM MUSIC. PERIOD.”

I have not quit rapping. My new album drop next month. I said I quit beefing. Blogs stop posting that. I WILL NEVER RETIRE FROM MUSIC. PERIOD.

This clarification comes as he gears up for the release of Being Draco, which he says will premier on Revolt TV on January 21.
“2022, my new TV show coming out January 21 [with] Revolt TV, shout-out to P. Diddy,” he said on socials. “Being Draco, new TV show January 21, 2022, we going into the year with all positive energy, you know what I’m saying? I ain’t got no beef with nobody. I ain’t got no smoke, no problems, no nothin’. All I’m doing is TV show and movies, I’m a actor now.”

Soulja Boy aims to join a long lineage of rappers turned actors such as Ludacris, Ice Cube, Bow Wow, Will Smith, LL COOL J, Ice-T, 50 Cent, Queen Latifah, 2Pac and more. He previously mentioned he had a TV show in the works in October.