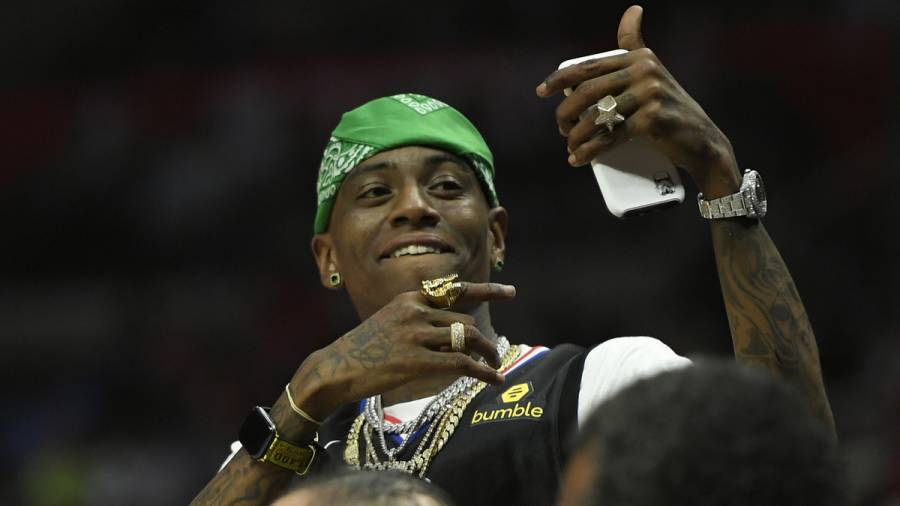 Soulja Boy loves to make outrageous claims about his impact on pop culture. Not only does he insist he was the first successful YouTube rapper, he also swears he paved the way for Drake to become the superstar he is today. He even takes credit for being the first rapper to endorse Fanta jello.

Now, Soulja Boy is upping the ante and patting himself on the back for Logan Paul’s fame. On Monday (June 7), Soulja Boy shared a throwback photo of himself standing next to the former YouTuber who has blood dripping from his nose.

“The day I punched him down,” he wrote. “I invented Logan Paul.”

The original post, shared by Paul in 2015, came with the caption, “Dope shoot with @souljaboy today.”

The day I punched him down 🥊 🤣 I invented Logan paul https://t.co/gisc0bpp6V

Soulja Boy is gearing up for his Verzuz battle with longtime friend Bow Wow. Ahead of the yet-to-be-scheduled match, they’ve been taunting each other on social media, sharing embarrassing photos and stories from their early days. More recently, Bow Wow clowned Soulja Boy’s hairline with a Twitter post that read, “Where this man hairline go… GOT DAAAAYUMN!  Soulja got them braids women get when they getting a sow in.”

Soulja returned fire by comparing his net worth to Bow Wow’s, which pales in comparison to his. According to the Celebrity Net Worth website, Soulja Boy’s net worth is $30 million while Bow Wow’s sits at $1.5 million.

Meanwhile, Logan Paul just went eight rounds with famed boxer Floyd Mayweather during an exhibition fight in Miami over the weekend. Despite Jake Paul’s claim his brother “beat” Mayweather, the statistics state otherwise. For example, Mayweather landed 43 punches compared to Paul’s 28, while Mayweather landed 17 shots to the body compared to just one body shot for Paul.

As noted by ESPN, the Florida State Boxing Commission didn’t officially sanction the fight due to the large disparity in size and experience level — Mayweather is 5’8″ and weighs 155 lbs. while Paul is 6’1 and clocks in at 189.5, just a half a pound less than was required to fight.