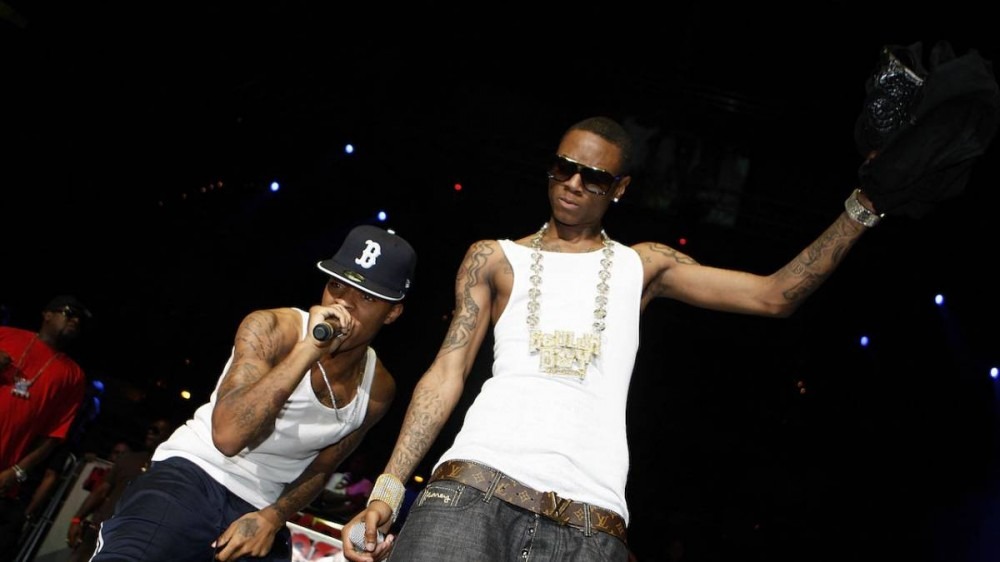 The highly anticipated Verzuz showdown between Soulja Boy and Bow Wow still doesn’t have a scheduled date. However, while fans continue to wait, the two rappers have given people a healthy dose of content leading up to the event.

On Thursday (June 3), Soulja Boy took to Instagram to issue his friend Bow Wow a bet for their Verzuz battle. In the video he posted, fans can see an old red Lamborghini that looks like it hasn’t been used in a while.

“If you win the Verzuz, I give you the pink slip to my Lambo,” Soulja Boy said in the video. “I bet $100,000 that you do not got your Lambo still. I still got my same Lambo, I bought my shit cash.”

Bow Wow hasn’t responded yet but fans can believe he won’t be taking this shot from Soulja without sending one back. On May 24, Bow Wow took to Instagram to playfully target Soulja Boy ahead of their battle. In the post, Bow Wow reshared a story Soulja Boy put up of him kissing his new girlfriend, which also happens to be an old flame.

“@souljaboy when you start kissing in person? You said only ova the [phone] #Verzuz #brodieonhisgrownman #friendlycompetition

#versuz,” Bow Wow wrote in the caption. “@timbaland me and @iamdjjus in rehearsals, big drako having wine night he not focused. SEE YOU SOON BROTHER.”