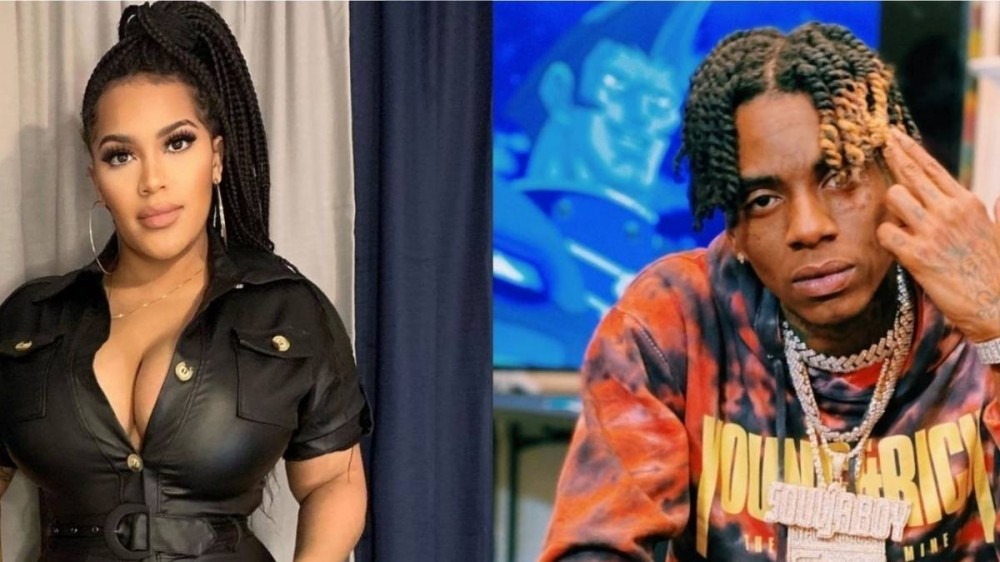 Los Angeles, CA – Soulja Boy is being accused of a violent domestic attack that allegedly led to fatal results one of his former girlfriends.

According to a podcast testimonial, Nia Riley, daughter of former Blackstreet vocalist Teddy Riley, believes Soulja Boy caused her to have a miscarriage while she was at least 15-weeks pregnant. During a video clip of an upcoming interview for the UWineWithTashaK podcast, Riley vaguely describes how a dispute escalated and prompted Soulja to kick her in the stomach, whilst also vehemently claiming he was aware of her pregnancy at the time of his brutal assault.

“We had an incident when I was pregnant,” she said. “I feel like we always did. He absolutely knew I was pregnant. I was, like, fifteen weeks. I don’t think I had even told anybody else that I was pregnant. Truthfully, in my mind, I didn’t know what to do or what I wanted to do.”

Before the minute-long clip concludes, Riley goes on to reveal that later on the same night, she suffered her miscarriage in the early morning hours.

“I’m not sure what time it was when it happened, but I know for sure it was like, that night, like late that night, maybe two, or something, in-the-morning,” Riley said.

Sadly, this isn’t the first instance where Soulja’s name has become intertwined with details of a gruesome assault. Last January, The Blast reported the 30-year-old was being sued for purportedly pistol whipping his ex-girlfriend Kayla Myers in the head, tying her up, and allowing another individual to victimize her sexually while holding her hostage at his Malibu home. In the lawsuit, the defendant claims she narrowly escaped the incident after being held against her will for over four hours and suffering three fractured ribs and a facial contusion.

Back in January, Soulja’s former personal assistant also filed a lawsuit with the Los Angeles Superior Court accusing him of sexual assault, along with asserting claims of the Soulja World rapper creating a hostile work environment after their once-consensual relationship ended and quickly turned violent.