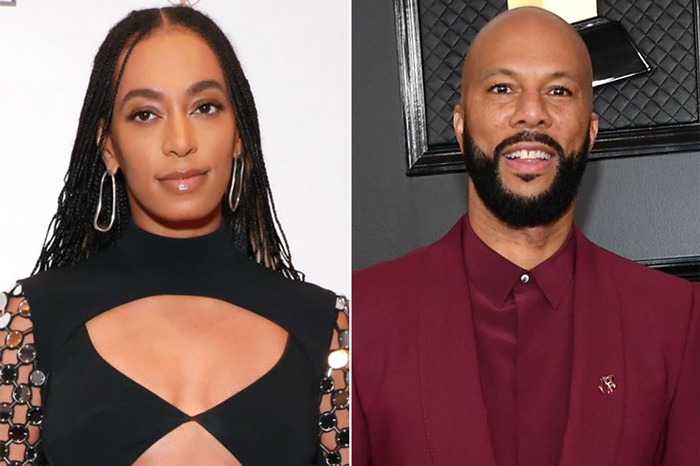 Solange is setting the record straight about her love life.

The newly-single singer recently sparked romance rumors with Common after the two were both seen at the Lena Horne Prize for Artists Creating Social Impact inaugural celebration at Town Hall in New York last week. An image that appears to be Photoshopped surfaced online showing Common as her date. But while the two were both in attendance, they didn’t come together.

Amid the romance rumors, Solange took to Instagram to seemingly deny them in her own subtle way by posting a screenshot of the video for David G’s 2009 track titled “Lying On Me.”

Her rep also issued a statement addressing the speculation. “Solange and Common are not seeing each other. Both artists attended the Lena Horne Prize event simply to honor Lena Horne’s Legacy,” read the statement ( SOHH).

Solange was honored for her social activism at Friday’s Lena Horne Prize ceremony. “From 12 years old she was an activist,” said her mother, Tina Knowles-Lawson. “She started a petition at her school to get rid of a teacher that was terrible. I was very proud of her.”

In November, Solange announced her separation from Alan Ferguson, her husband of five years. “early this year we separated and parted ways, (and tho it ain’t nan no body business 😭) I find it necessary to protect the sacredness of my personal truth and to live in it fully just as I have before and will continue to do,” she wrote on Instagram.