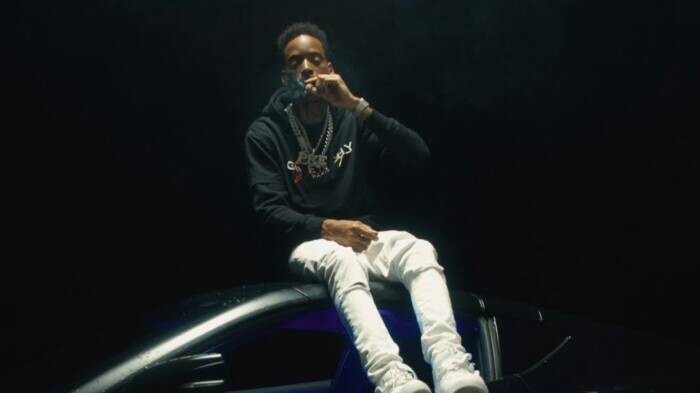 With his thickly-accented and flex-heavy bars, SNUPE BANDZ is the next Paper Route Empire signee to tear up the streets of Memphis. Displaying the high-rolling lifestyle that has the haters mad, SNUPE shares “I Know Why,” his latest video. His relentless flow floating atop percolating pizzicato strings and dramatic low note piano, SNUPE gives the opposition dozens of reasons to get jealous, from his sky-high racks to his shiny new Lambo: “Straight out the mud, tryna run up a million,” says SNUPE.

The new video for “I Know Why” finds SNUPE whipping around a futuristic in a souped-up foreign, as he sparks up and talks his smack. SNUPE rhymes with a permanent smirk, confident in his assertion that he knows something that the opps don’t. “I Know Why” is the latest release from Paper Route Empire Presents: Long Live Dolph, the recent PRE compilation tape, quickly following “I Like,” SNUPE’s sensual duet with PRE First Lady Joddy Badass.

Released in late January, Paper Route Empire Presents: Long Live Dolph features contributions from almost every artist on the label, from rising stars like Key Glock to relative newcomers like Paper Route Woo. Spanning 8 tracks, the project points to a bright future for the label that the King of Memphis built from the ground up. The project is home to “Proud,” a moving and defiant new single from Key Glock, which earned over 4 million views in its first 3 days of release, and “Love For Me,” featuring a new verse from Young Dolph. With additional appearances from standouts like Kenny Muney and SNUPE BANDZ, as well as Brooklyn’s Joddy Badass and Chicago’s ChiTana, who point to the diversified vision Dolph developed for PRE that extends beyond his hometown, Paper Route Empire Presents: Long Live Dolph is available everywhere via Paper Route Empire, and is available for pre-order on vinyl.

SNUPE BANDZ is one of the hottest newcomers in the Memphis scene, making his name with the Young Dolph and Key Glock collaboration “Blu Boyz” and the solo street hit “Remember“ (884k YouTube views). SNUPE plans to connect with labelmate Paper Route Woo for Boyz In The Hood, coming later in 2022.