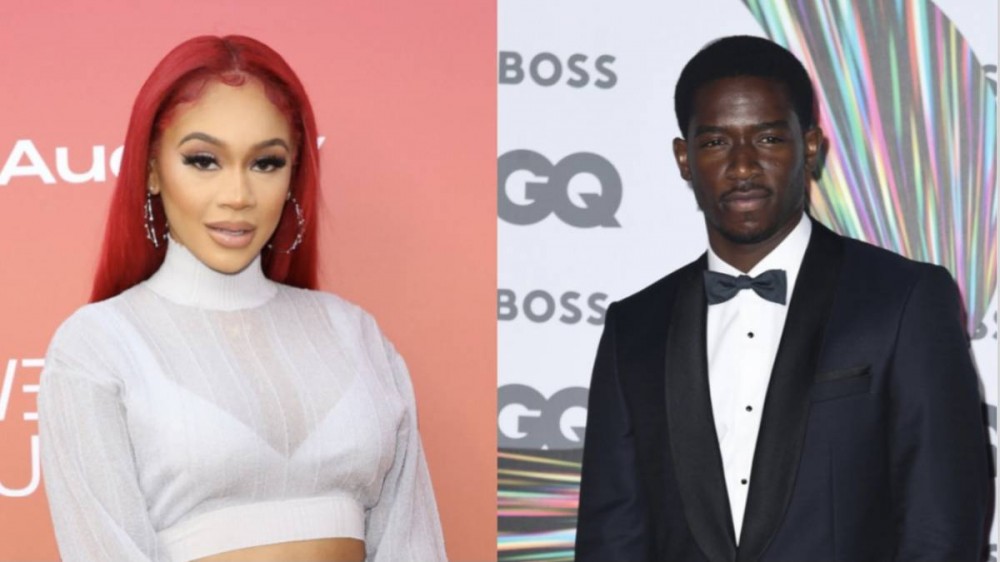 Aside from starring in the latest season of Snowfall, actor Damson Idris has also spent this past year learning piano, at least that’s what he said last November when he shared a video of Saweetie playing Beethoven’s “Für Elise” to his Instagram Story.

However, the 30-year-old was forced to finally address the rumors head-on while sitting down with The Breakfast Club on Thursday (March 3). Idris said that he and the “ICY GIRL” rapper were just friends and that the rumors were blown out of proportion.

“Me and that queen are just friends,” Idris said. “She’s a great piano player and I didn’t know she could play, I didn’t even think the world knew. So I was like, ‘Oh this is a cool moment’ and I just posted it, but people thought it was something else.”

DJ Envy followed up by asking how the Snowfall star had arrived at Saweetie’s house. Idris said they had met up for lunch before she invited him back to her place so he could give her “ideas about furniture and art.”

Idris clarified again he is currently single and that he amiccably got out of a long-term relationship that started when he was just 18-years-old.

“Everyone I meet. I want them to be in my life forever because I realize so many people are coming into my life, taking my energy, hearing my dreams, hearing my stories and then they’re gone,” Idris said. “And then they’re telling that to the world. So I want people to stay in my life so I can keep that loyalty, and I made that decision with her, and I know that’s a woman I’m gonna know forever.”

As for Saweetie, it seems she’s far too busy to date anyone at this point. She recently dropped off a new single titled “Closer” and on Wednesday (March 2), won big at the 2022 Billboard Women in Music Awards where she walked away with the Game Changer Award, which was awarded to her for securing 100 appearances on the Billboard Hot 100.

Check out the full interview with The Breakfast Club below.