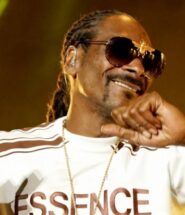 With nearly three decades of experience in the music industry, Snoop Dogg will be paying it forward as NBC’s The Voice announced on Thursday (April 1) that the West Coast legend will be joining the reality singing show for Season 20 in the role of the Mega Mentor.

“Drawing from his unique experience in navigating the music and entertainment industry as a renowned rapper, producer and performer, Snoop Dogg will impart a new and fresh perspective to help the artists craft their performances,” a statement from The Voice reads. “Coaches alone choose the winner to advance from their team. Each coach has one steal in the Knockouts.”

This is not a joke….

Snoop will join the current cast of coaches that includes John Legend, Kelly Clarkson, Nick Jonas and Blake Shelton. The Doggfather’s debut is set for April 19 at 8 p.m. ET with the singers preparing for the Knockout Rounds. Each of the four artists left will have a coaching session and rehearsal with Snoop.

Other Hip Hop acts to previously participate in The Voice include Diddy, DJ Khaled and Pharrell. Snoop was last seen coaching up potential artists during an episode of Netflix’s competition series Rhythm + Flow in 2019.

Snoop Dogg’s addition to the roster comes on the heels of Wednesday’s (March 31) news that pop star Ariana Grande will be replacing Nick Jonas as a coach in Season 21 this fall.

Wednesday also marked the two-year anniversary of the tragic passing of Nipsey Hussle. Snoop made sure to pay tribute to his fallen West Coast compatriot with a post to social media.