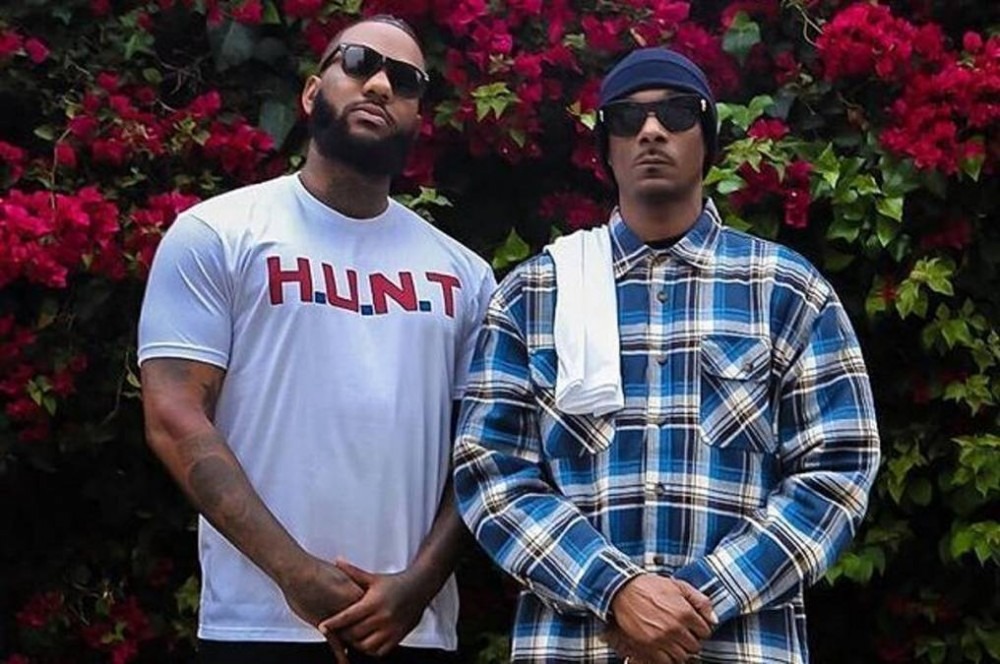 Let YK Osirius’ injuries tell it, the Milk Crate Challenge is the latest internet craze people are partaking in — no matter the consequences.

OG rap stars Snoop Dogg and The Game, who are usually down the share shenanigans of their own, weren’t too amused and let audiences exactly how they felt on their own social media platforms.

Tha Doggfather has shared a litany of clips on his 64-million strong Instagram account since Sunday (August 22) apexing with a clear foul on the play when a younger onlooker kicked over the crates on a participant who was on the top of his mountain.

50 Cent pointed out the potential pitfalls after such a viral stunt writing in the comments, “Smh that we’re the game stop, and the shooting start” he said with a “LOL.”

Geto Boys legend Willie D echoed similar sentiments posing the question, “What if dude would’ve gotten up and shot him in his noodles?”

Amid his meme barrage, Snoop Dogg reposted a provocative caption from Straight Outta Compton actor Compton Menace which read, “N!ggaz stack crates together but can’t stack bread with each other,” the message read, accompanied with a face palm emoji. “Why we love to see each other fall?”

Snoop Dogg added to the caption, “We got to do better.”

The Game, for his part, managed to come off more direct with his disdain for the Milk Crate Challenge. On Monday (August 23), he implied his stealthiness on Twitter writing, “Yo n-gga outside walkin up crates, I’m inside dropping off the milk.”

Yo nigga outside walkin up crates, I’m inside dropping off the milk.

It wasn’t just men within the Hip Hop community who had negativity towards the Milk Crate Challenge. Lil Wayne’s daughter — the ever-opinionated Reginae Carter — called out everyone she saw playing on her timeline.

“This really a monkey see monkey do ass world !,” she exclaimed on Twitter on Monday. “Why are we all thinking about walking across crates right now ?”

This really a monkey see monkey do ass world ! Why are we all thinking about walking across crates right now ? 😂😂😂😂

While he remains the most notable artist to partake in the Milk Crate Challenge, YK Osiris shrugged off his war wounds later in his Instagram Stories but denounced those individuals outside choosing violence.

“I ain’t gonna lie to you, it’s fun playing the little crate stuff even though it’s dangerous — but pushing and trying to make them fall? That shit ain’t cool; someone gonna get killed!” the “Worth It” singer warned.

He continued, “That shit ain’t even cool, like y’all need stop that; somebody gonna end up getting killed by that man, don’t play like that man. Y’all n-ggas need to stop that! ​​Y’all n-ggas tripping! Someone do that to y’all, y’all gonna be looking stupid as hell.”