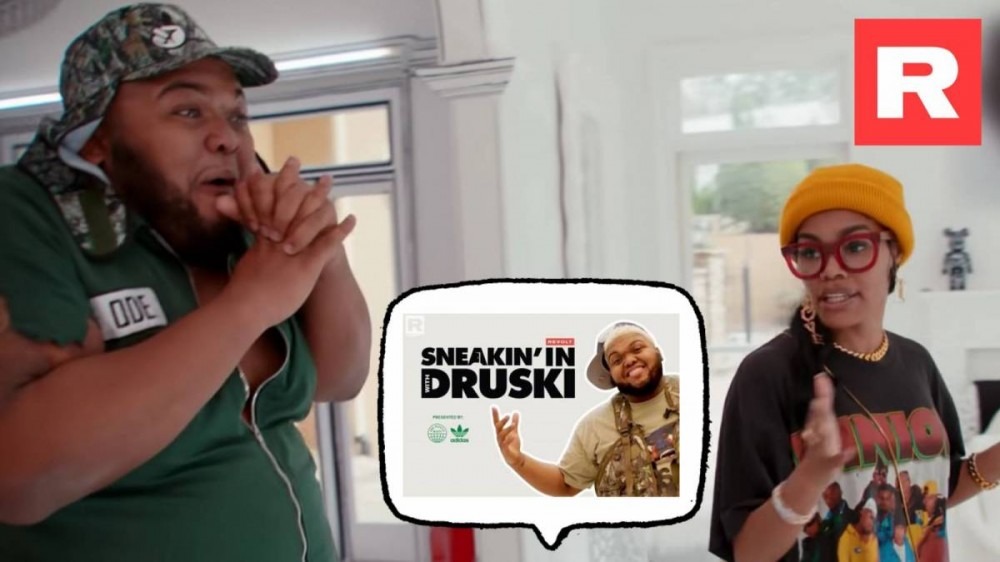 Comedian and social media personality Druski appears to get on Teyana Taylor’s last nerve in the inaugural episode of his new show Sneakin’ In with Druski for adidas Originals and REVOLT TV’s joint sustainability campaign pledging to end plastic waste worldwide.

Last December, Druski got way too comfortable while terrorizing his way through REVOLT CEO Diddy’s crib and is clearly bringing that same nosey-ass energy in the series premiere of Sneakin’ In — which is a hybrid version of both MTV Cribs and Netflix’s Tidying Up — dedicated to helping inspire Hip Hop artists to lead more sustainable lifestyles.

“Thank God & Thank @revolttv @adidasoriginals for helping me Premiere my 1st TV Series EVER. LINK IN BIO TO WATCH THE FIRST EPISODE !!!!!!! #endplasticwaste #stansmithforever,” Druski wrote in an Instagram post caption with a clip from the show.

Highlights of the first episode of Druski’s Sneakin’ In, include Teyana Taylor’s custom two-dimensional room complete with a rare Andy Warhol pop-art dinning set, and a sassy cameo from the “Wake Up Love” singer’s daughter Junie.

Druski also gets scolded by Teyana Taylor for getting stuck an elevator she explicitly asked him not to get on before getting thrown out of the residence, only to disrupt Diddy’s meditation time.

Sneakin’ In with Druski will run for five consecutive episodes and include appearances from Snoop Dogg and Yung Miami, among others.

Watch the first full segment below and then check out the adidas Originals “Stan Smith Forever” collection featuring the newly redesigned Stan Smith sneaker line made up of high-performance recycled materials.