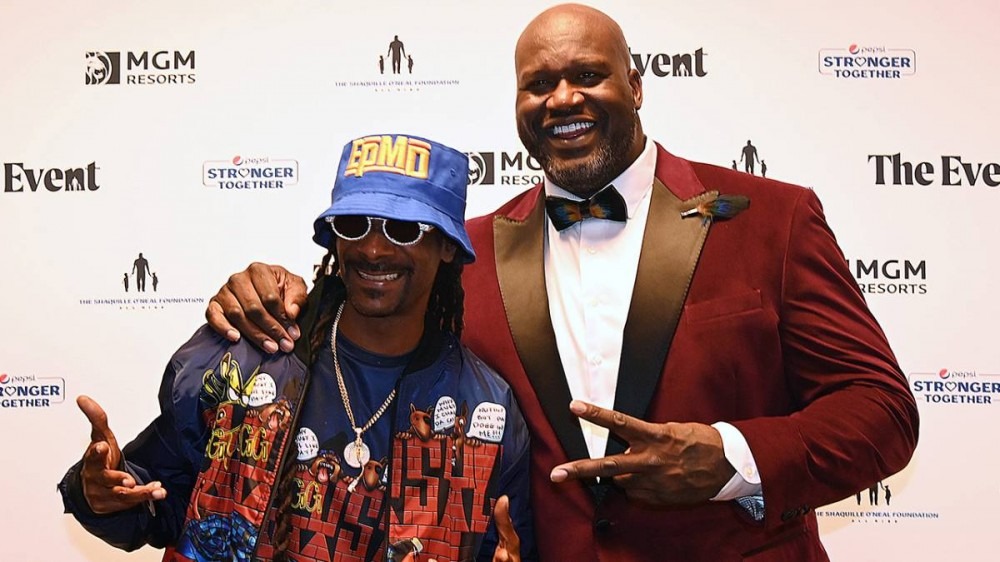 The West Coast legend brought out none other than four-time NBA champion Shaquille O’Neal, who stepped in for Dr. Dre to perform his verses on the track. Snoop closed the night by performing “Beautiful,” then welcoming Shaq on stage for the classic 1992 song from Dre’s The Chronic album.

“I wanna do something real special right now,” Snoop Dogg said. “I wanna bring out somebody that means a lot to me. One of my dear friends who I feel like we got in at the same time. We been doing the same things lately and he’s the man of the night. So if you don’t mind, we gon’ do something special for y’all. Never before, never seen, Snoop Dogg and Shaq. Let’s go.”

The performance was part of a star-studded concert hosted by The Shaquille O’Neal Foundation to benefit Boys & Girls Clubs and Communities in Schools in the Las Vegas and Atlanta areas. As well as Snoop Dogg, there were sets from Justin Bieber, Kelly Clarkson, Imagine Dragons and Andra Day.

“I just like to make people laugh and make them smile,” the basketball Hall of Famer told Thought Economics in March. “I try to find out what they need and take care of it. I don’t like to talk about my philanthropy work and say, ‘I did this, I did that.’ It’s not important. What’s important is that you helped the people that needed to be helped.”

In 2020, Shaquille O’Neal paid tribute to the late Kobe Bryant with a freestyle over Dr. Dre’s “Bitches Ain’t Shit,” where he compared their chemistry to Diddy and Biggie, as well as Snoop Dogg and Dr. Dre.

“One Black Mamba and onе Black Gorilla,” he rapped on the song. “Who realer than me? Realer than he? You can say Magic and Kareem or Mike and Scottie P/We was like Puff and B.I.G./We was like Snoop and D.R.E./You can’t say Kobe without sayin’ me/I can’t believe we ain’t got more than three.”