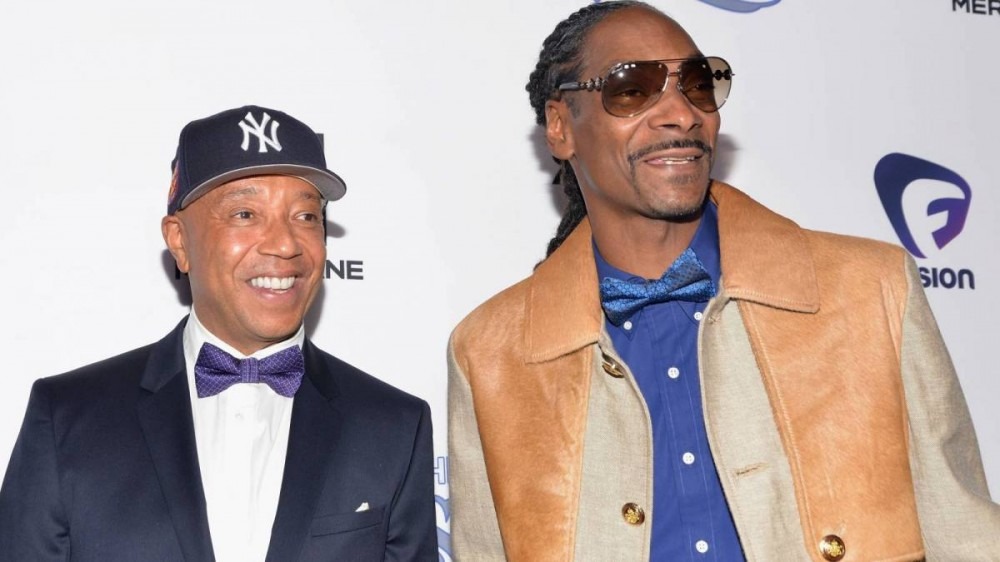 New York, NY – With the back-to-back deaths of MF DOOM, Whodini’s Ecstasy, DMX, Biz Markie and The Fat Boys’ Prince Markie Dee (to name a few), the Hip Hop community has been consistently reminded of its collective mortality.

There’s also an undeniable sense of urgency to appreciate the culture’s pioneers and architects while they’re still around to see it. Def Jam Recordings co-founder Russell Simmons wanted to give back, so he recruited current Def Jam Executive Creative & Strategic Consultant Snoop Dogg to help curate and produce the Masterminds of Hip Hop: An Exclusive NFT Collection to benefit Hip Hop’s founding artists.

“The idea is something I’ve had for the last couple years,” Simmons tells HipHopDX. “Then over the last two months, this feeling that we should do something to compensate and to give credit to the original founding fathers of Hip Hop intensified. I felt more and more increasingly compelled to do something.”

“A lot of these guys who were pre-recording performance artists, we got it right away,” he says. “And then we went out and got Big Daddy Kane and Doug E. Fresh, and we’re closing Slick Rick. I mean all of that era,  we’re closing them soon.”

Simmons, who was instrumental in bringing EPMD, Public Enemy, Beastie Boys, LL COOL J and other celebrated Hip Hop artists into the public spotlight throughout the 1980s and ’90s, feels the lack of support for some of the building blocks of the culture is criminal.

“My interest is not to be in the entertainment business,” he says. “It’s to make sure I draw attention to the founding fathers. So now that I’ve started, I have to do a documentary, a book and start to really make sure these NFTs sell and these guys make the money.

“We’ve already given advantage to all of the people I mentioned and even some of the founding fathers, but some people don’t even have bank accounts and we wouldn’t even be here without them. We’re standing on the shoulders of people who are struggling in many cases. This is why I wanted to do it.”

A post shared by Masterminds of Hip Hop (@mastermindsofhiphop)

As for Snoop Dogg’s involvement, Simmons knew it was a no-brainer.

“That’s my man,” Simmons says. “He’s helping to curate. So I got him involved early because I’m in business with Snoop on a number of things. And also, he cares about those guys. When he hears a story about a founding father of Hip Hop, he gets quiet and listens. He’s a heartfelt person who cares.

“A lot of artists when they’re really young, sometimes they don’t care, and when they get older, most of the time they still don’t care. But Snoop was very, very in tune with giving back and that’s why he got involved. He’s going to do an NFT and everything, but it’s not about what he does, it’s his curation of it and his adding credibility to it that I’m incredibly grateful for.”

A post shared by Masterminds of Hip Hop (@mastermindsofhiphop)

The Masterminds of Hip Hop preview event “celebrating the original creators of Hip Hop” takes place on Saturday (August 14) in New York City and the sale will kick off on August 30.

Simmons is hopeful this will be the beginning of a fruitful endeavor for those who helped grow Hip Hop into the multi-billion dollar industry it is today.

“They are absolutely not getting what they deserve and if we can correct that, if we can get them some compensation and the credit they deserve, that would be a phenomenal thing,” he concludes. “I’m excited to do that. I wouldn’t be in entertainment, I don’t give a fuck about that.

“Better payments are not on my menu right now. I want to make money for these guys and I want to be able to help them because I feel responsible.”