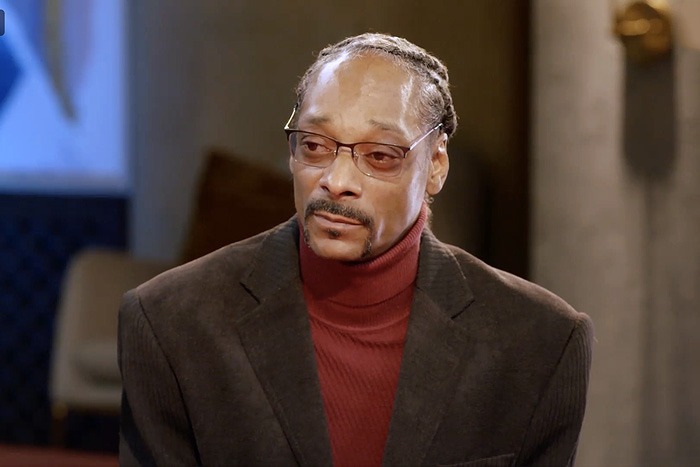 Snoop Dogg takes a seat at the table.

In the wake of his apology to Gayle King following her interview about Kobe Bryant, the rap icon stopped by Jada Pinkett Smith’s “Red Table Talk” on Facebook Watch to discuss his controversial comments and what led to his apology.

“It was just a matter of me losing control because we still haven’t swallowed Nip. That’s still in our heart right now. And then Kobe and his daughter?” said Snoop while reflecting on the helicopter crash that killed Kobe, his daughter Gianna, and seven others.

Snoop, who recently lost a grandson and grandmother, expressed his source of anger. “I gotta be strong in front of everybody. Remember that part. You gotta turn it on. It’s time to be Snoop again, but what about when I wanna cry? What about when I’m hurting and I’m feeling bad and I feel disgusted and I wanna be angry and I wanna just blurt out? I can’t. I let my emotions get the best of me. I was frustrated on top of just venting, and doing it the wrong way.”

He also opened up about his relationship with the late Lakers legend. “Kobe was like the son and the brother to L.A. that we all needed and we all loved him for that,” he said. “Our relationship was based off of just being fans. I’m a fan of his, he was a fan of mine’s. I loved everything he did on the court, off the court. I loved him as a father to his daughters and how he was transforming into that man that we all want to be.”

Jada said that she had not seen black men collectively so upset about something. “I see it all the time,” said Snoop. “Because I’m a black man. We just came from behind closed doors. It’s a collective feeling of ‘You guys are targeting us. You guys are coming after us. And you guys are us.'”

He felt the need to stand up for Kobe and protect his grieving family. “When someone becomes a superhero, it’s our job to protect that superhero,” he said. “I wanted to make sure that what I said was said the right way and I wanted to make sure the message was across that we love Kobe and be respectful of Vanessa and those kids. That’s what the whole intent was, to protect that woman and them babies over there because she’s still grieving. And let’s give them that respect.”

His decision to apologize was prompted after a call from his mother. “My mother raised me in church and she raised me to respect women so it was just certain things that she said to me that took me back to being a little kid. And when your mama can make you feel like a kid, that’s when you gotta get right. I didn’t feel grown, I didn’t feel like I was Snoop Dogg the rapper. I felt like Snoopy.”

So Snoop decided on his own, without any input from his team, that he wanted to publicly apologize (“The apology is authentic, it’s sincere, and I’m really sorry”). He has yet to speak with King personally but he reached out her team and sent her a DM (“Sending her a prayer, letting her know I apologize to her”).

Diddy, Tyler Perry, and Van Jones all reached out to him in the wake of the controversy. “They didn’t bash me, they just was, ‘Brother, we got your back. If you need… But we think that you should have said it…,'” he said. “We got a real brotherhood going on behind the scenes, for real.”

During the “Red Table Talk,” the 48-year-old rapper also reflected on the death of Pop Smoke, who he had recently seen in New York. “God don’t make no mistakes though and he talking to us right now. We need to heed his messages and understand why all of this is happening. Understand what’s the importance of something like this.”

His death is still hard for him to process. “I’ve always been able to be the one in front of it all. I gotta go home and think about this one ’cause this was a low blow right there. 20-year-old?” said Snoop.

Elsewhere in the 30-minute conversation, the Doggfather also spoke on the bond between YG and Nipsey Hussle as Bloods and Crips and the loss of his grandson.