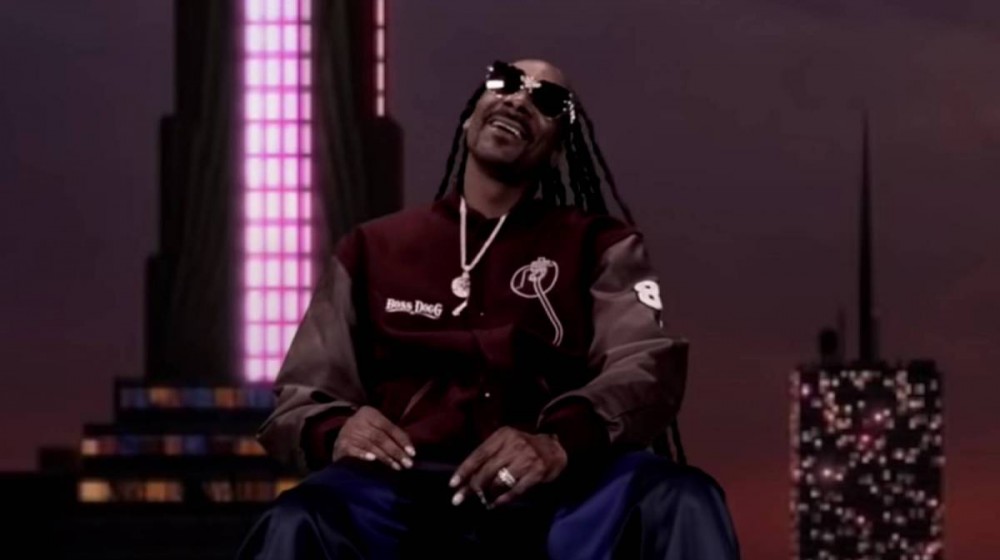 Snoop Dogg, Jadakiss, Benny The Butcher and Busta Rhymes have joined lyrical forces for “Murder Music,” one of the lead singles from The Doggfather’s forthcoming album, The Algorithm.

Much like Tha Dogg Pound’s 1995 “New York New York” visual, the accompanying video finds Snoop rapping from the top of the Empire State Building, rocking a Def Jam Recordings jacket as Benny The Butcher slides in with his verse.

From there, Jadakiss takes over vocal duties and fires off lines such as, “A’ight then, what’s up then? (What’s up?) I’m bustin’/Every control substance I touched it, I know it’s disgustin’ (Agh)/I’m just stackin’, call me El Guapo (Uh-huh)/And I bet you never had a brick from El Chapo (Never).”

As soon as The LOX rapper ends his verse, Snoop returns with the “Murder Music” hook until Busta Rhymes skates in with verse three. “I only got time to murder shit, I bang,” he spits. “And I’m deaf in both ears (Uh-huh)/When I’m makin’ n-ggas black/And rip couches and throw cheers (Uh-huh)/At times I be unleashin’ the wrath that most fear (Uh-huh)/I don’t discriminate, I even bodied close peers.”

The song ends without a verse from Snoop Dogg, but he does a little Crip walking for the camera and provides the track closing statements: “Yes sir. Big Snoop Dogg. Def Jam. Takeover begins now. Putting real Hip Hop back in the game, you dig?”

The Algorithm serves as Snoop Dogg’s first album under his new Def Jam venture. In June, the West Coast rap pioneer was named Executive Creative and Strategic Consultant, a role allowing him to strategically work across the label’s executive team and artist roster.

“They did all types of shit I wanted to be a part of — and then Death Row happened,” he said in his Instagram announcement. “So, I didn’t get a chance to be on Def Jam, but I always had a dream to be on Def Jam and to be in the place where Hip Hop originated.

The Algorithm is expected to arrive on November 19 with contributions from Ice Cube, Too $hort, E-40, Mary J. Blige, Dave East and more. Until then, check out the visual above.