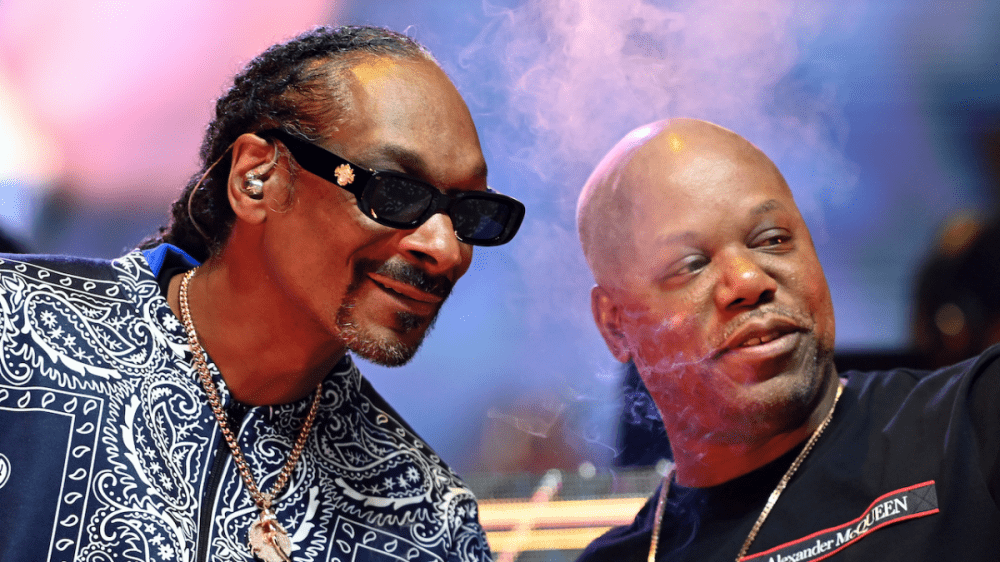 Snoop Dogg, Ice Cube, E-40 and Too $hort have announced their collaborative album as Mt. Westmore is set to be released on June 7.

The news was announced via Snoop’s Instagram in the early hours of Monday morning (May 30) with a trailer featuring footage of their show at the Oakland Arena that took place on Friday (May 27). A new song sampling Gil Scott-Heron and Brian Jackson’s “Angel Dust” is also played in the clip, which has famously been used by The Game and Nas.

“June 7th,” he wrote in the caption. “The wait is over. BadMFs. @mtwestmore.”

Mt. Westmore’s members previously teamed up on “Step Child” from 2019’s American Skin soundtrack and teased “Locked In” as promotion for Ice Cube’s 3-on-3 basketball league, the BIG3. “Big Subwoofer” dropped in October 2021 after the supergroup performed it at Jake Paul and Ben Askren’s boxing match, with the single later appearing on Snoop Dogg’s Algorithm album. Another track called “Bad MF’s” was also released in March.

During an interview with HipHopDX in 2021, Too $hort revealed Dr. Dre would be featured on the upcoming project.

$hort also spoke more about the making of the album, explaining how they were honest about each other’s verses in the studio.

“I’m going to tell you one thing, one beautiful thing about the process is that early on we all acknowledge that in the studio, we are supreme alphas,” he said. “We’ve always been that way, but on this project, we gave each other the authority to criticize, critique, veto, make suggestions, and just everything is like hands-down, I trust what you saying.

“It literally has been said, ‘Bro, that verse you spit yesterday was wack,’ and then bro go back and redo that verse, and like, ‘You came with it this time.’ It’s that kind of hold me up kind of situation.”