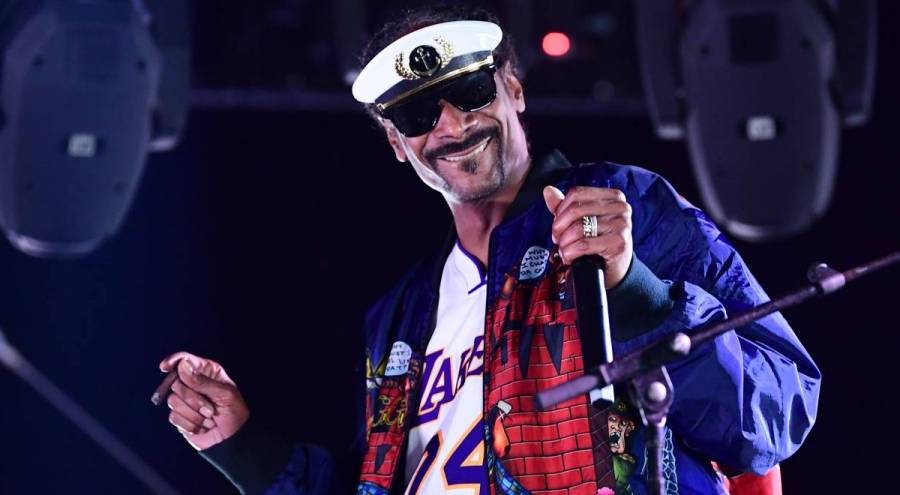 Snoop Dogg is making good on his pledge to the Los Angeles Lakers. The West Coast legend previously promised to get some ink if the Lakers took home title No. 17, and he didn’t waste any time in doing so. Snoop headed right to famed tattoo artist Mr. Cartoon on Monday night (October 12) to sit down for a session.

The fresh ink is located on Snoop’s right forearm, which features the Larry O’Brien Trophy with the Lakers logo running through the top along with clouds leading to the gates of heaven. Snoop also paid tribute to the late Kobe Bryant by adding K.B.’s initials to the bottom near his wrist to complete the piece.

“It’s Laker gang, punk! Everybody that owe money, get your bags up, n*gga,” he said. “I need my money, n*gga. Punk, fuck y’all! Laker gang, n*gga. Purple and gold. This for Kobe and Gigi [Bryant].”

The Lakers captured their 17th championship on Sunday (October 11) with a convincing 13-point win in game 6 over the Miami Heat. It’s the franchise’s first since Kobe Bryant won his fifth back in 2010 against the Boston Celtics. LeBron James took home Finals MVP honors, making him the first player to ever win the award with three separate franchises.