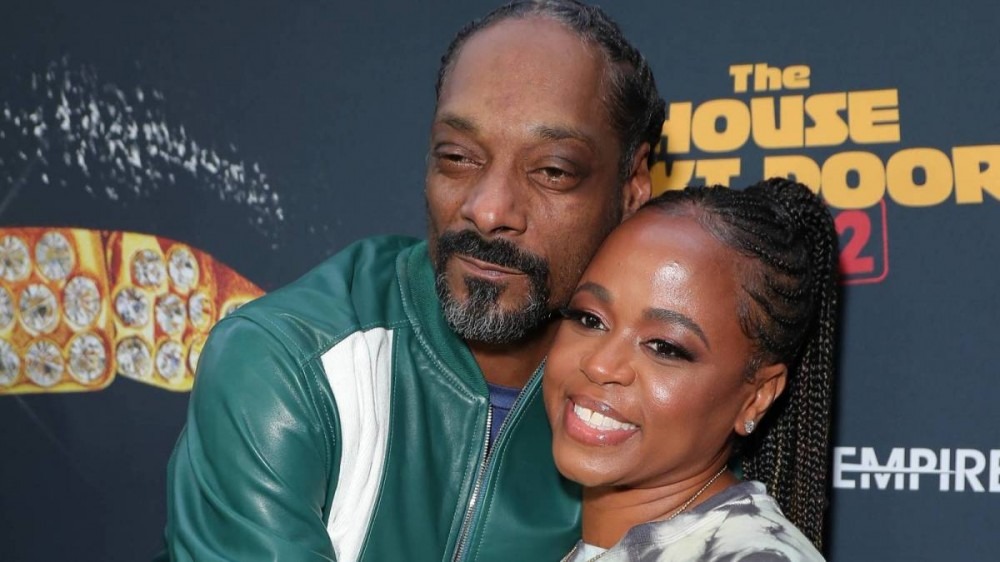 Los Angeles, CA – Snoop Dogg was just appointed a new role at Def Jam Recordings, serving as the iconic label’s Executive Creative and Strategic Consultant. Now in a business move of his own, the D-O-Double-G has hired his wife Shante Broadus to be his official manager.

According to a press release, Broadus will bring her vast, multi-dimensional expertise to Snoop Dogg’s existing ventures in an effort to expand. At the same time, she’ll cultivate and fortify all upcoming partnership deals across the cannabis, spirits, gaming, music, brand partnerships, touring, licensing and the TV/film space, while overseeing the media arm of Snoop Dogg’s empire, diGGital doGG.


Considering the couple has been together for nearly 25 years, it make sense Snoop Dogg would entrust her with such an important role.

“Shante has been guiding my career behind the scenes from day one,” Snoop says. “She has always been my final gut check with all my decisions, and I wouldn’t be where I am today without her. I am grateful to have her as my official manager, helping to build the Snoop Dogg empire together.”

Upcoming projects under Shante Broadus’ leadership include Snoop’s supergroup Mt. Westmore, Snoopermarket, Snoop Dogg’s Triller Fight partnerships, the Snoop Youth Football League and Snoop’s highly anticipated summer tour. She also plans on releasing her first book, Paid The Cost To Be The Boss, Lady, which will chronicle her life in the public eye and all the lessons she has learned along the way with the help of a New York Times best-selling author.

“The industry at large is seeing a major shift in more representation of Black women in key executive roles,” she explains. “I am excited to enter this official position, helping to further expand Snoop’s wide-ranging empire. I have been by Snoop’s side for over two decades, so together with the rest of the team, our goal is to strengthen Snoop’s legacy as a brand with the loyalty and trust of our guidance that has made Snoop who he is today.”

In addition to Broadus’ manager role, she’ll continue overseeing the operations for The Compound, a Los Angeles music recording, production, and events space frequented by artists such as Nipsey Hussle, Kendrick Lamar, Cardi B, Wiz Khalifa, Nelly and, of course, Snoop Dogg.

Meanwhile, Snoop Dogg’s Def Jam gig will allow him to strategically work across the label’s executive team and artist roster.

Snoop Dogg and Shante Broadus tied the knot in June 1997 and have three children together.