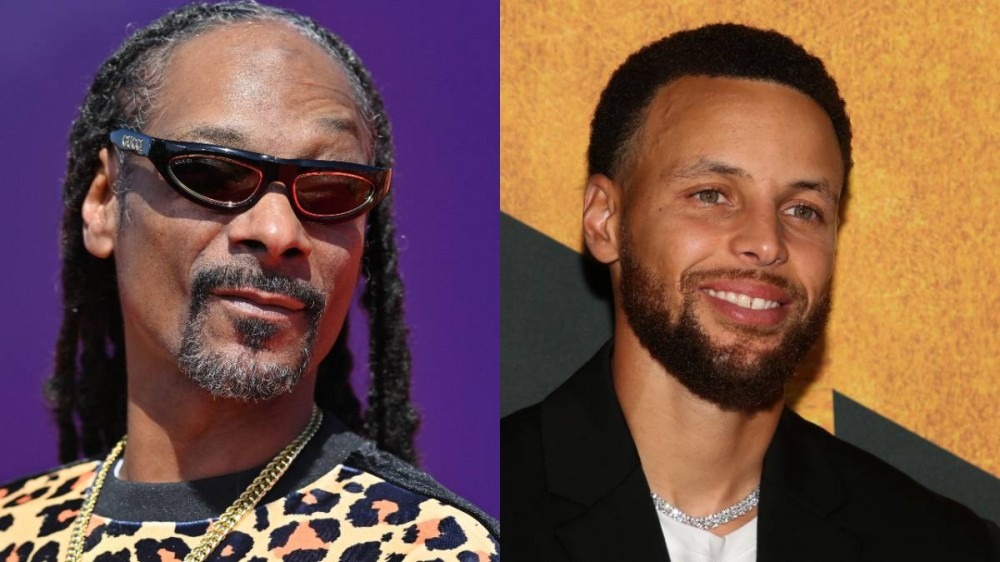 The West Coast legend posted a video of the exchange on Instagram, which found Snoop putting the chain around Curry’s neck as he smiled gleefully.

“Chaining day,” someone can be heard saying in the background.

“Had to give the MVP his death row chain,” Snoop wrote in the video’s caption. Atlanta star LaKeith Stanfield also slid into Snoop’s comments and wrote, “I want [one] unc.”

Steph Curry is just the latest pro athlete to receive a Death Row Chain from its new CEO. Back in January, Eli Manning also received his own Death Row chain from Snoop, who had promised on air that the two-time Super Bowl champ would receive it via snail mail in time for his 41st birthday.

“Eli, I would like to present to you this Death Row chain for being so Hip Hop and being so Hip,” Snoop said while a guest on the Manning brother’s show MNF on ESPN: Peyton & Eli. “That’s yours, baby. When I see you, you got that. I’m going to put that around your neck. Happy 41st birthday Eli.”

Both brothers were shocked by Snoop’s generosity, and Eli again shouted out the Super Bowl LVI Halftime performer on Instagram shortly after receiving it.

“Oh yeah, there she is, that’s what we’re talking about,” Manning said as he opened the box in the video. “Snoop, thank you pal, now I finally fit in with all of my neighbors. So I’m definitely going to be wearing it in the playoff game on Monday Night Football.”