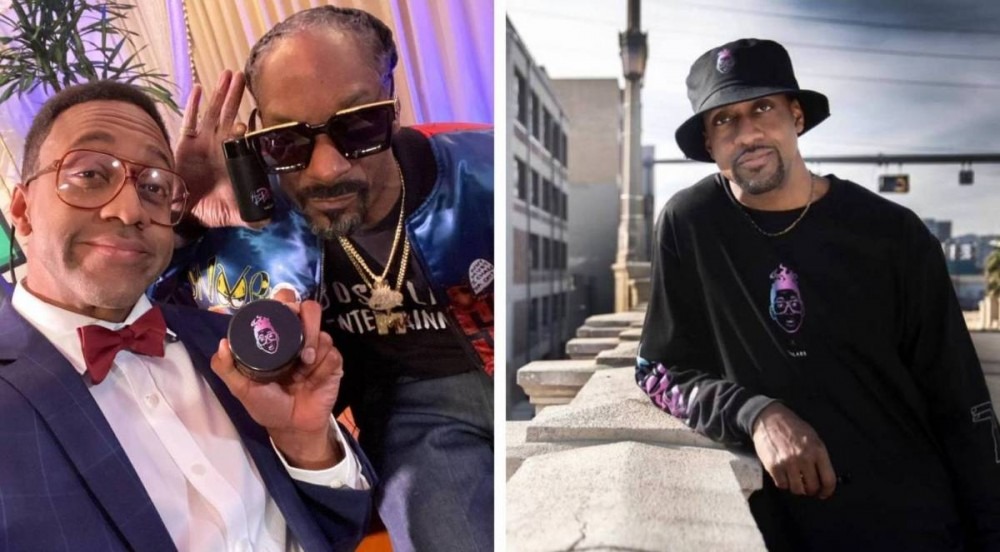 Los Angeles, CA – Actor Jaleel White understands most people won’t disassociate his life away from his former dorky character “Steve Urkel” he played on the 1990s primetime TV series Family Matters. White is capitalizing on fictitious surname to sell his own cannabis brand, according to CNN, and Snoop Dogg is endorsing his new business.

The Doggfather appeared in multiple posts serving as a pitchman for White’s “Purple Urkel” weed jar and strain in a video posted on White’s Instagram account on Sunday (April 18).

“It’s big Snoop Dogg. I just got my hands on some of this purple, man. And it is the one, not the two. And let me tell you, you better hurry up and you get some because they gonna be leaving real fast,” Snoop said in the video post with White’s caption that reads “Blessed by the Boss Dogg.”

Snoop continue with more to say in his promo while holding up a Purple Urkel jar displaying its Steve Urkel smokey-filled hair logo. “When they see that jar like that, with that look on the top, with the aesthetics, lord have mercy. Get you some,” Snoop added.

In White’s two additional posts with Snoop, the second is a photo of White dressed as Urkel, which it captions which reads, “When the Boss Dogg smokes, the weed gets high.” The third is another video clip of them taking a photo together with the caption “You’d be surprised how similar we L.A. boys are in real life. Much respect, Unc.”