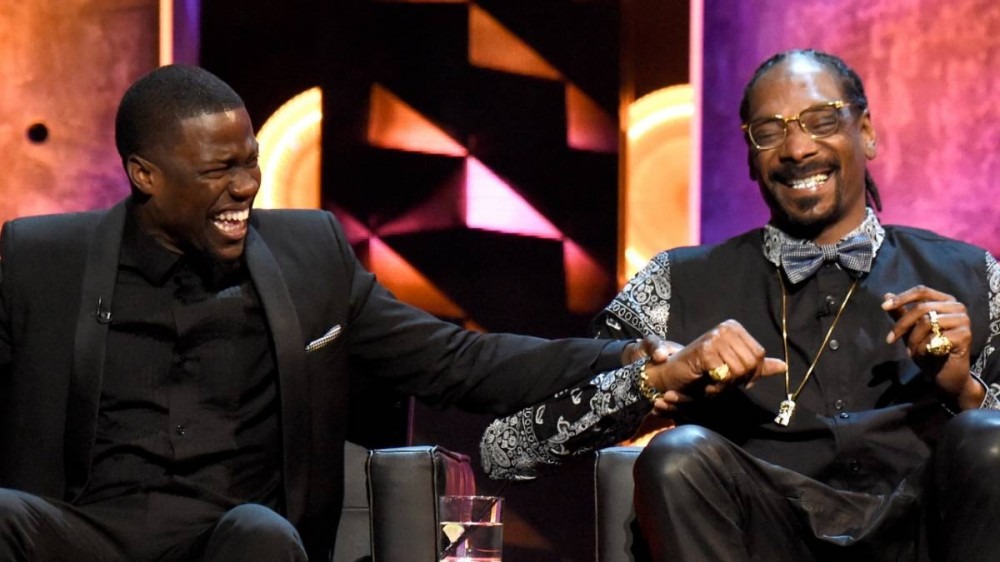 Snoop Dogg uses his Instagram account for comedy as much as music. The West Coast legend regularly posts funny amateur clips from around the Internet, but he also likes to poke fun at his celebrity friends.

On Monday (March 7), Snoop Dogg posted a screenshot of a tweet showing Kevin Hart wearing a colorful outfit reminiscent of a meal from the popular fast-food chain Burger King. Snoop opted for the shrug and crying laughing face emoji to get his point across while his followers handled all the commentary.

The Death Row Records boss’ comments section was buzzing, with everyone from Dwyane Wade and DJ Whoo Kid to Tory Lanez and Questlove laughing it up.

Even Kevin Hart himself joined the fray and waved the white flag over his questionable outfit choice. “In my voice ‘DAMN,’” the comedian wrote along with several crying face emojis.

Snoop Dogg has a productive working relationship with Kevin Hart. The two have hosted several shows on the Peacock app together and are developing more series together, starting with an upcoming show about the world’s dumbest criminals.