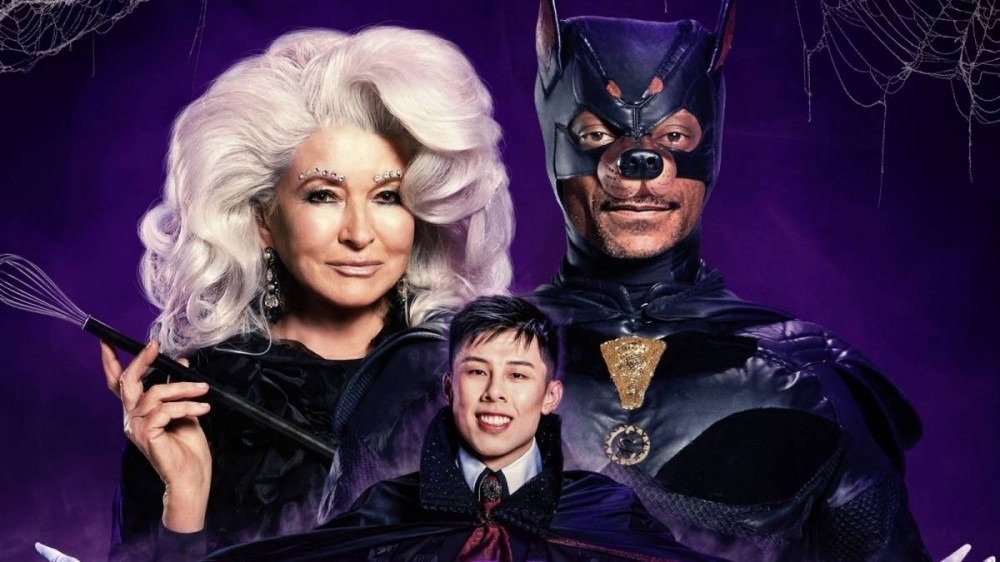 Halloween season is upon us, which means people will pull all the crazy and creepy costumes out of closets for the festive holiday. Snoop Dogg is looking to celebrate with his new cooking buddy Martha Stewart in a big way.

On Monday (October 11), the trailer for Snoop & Martha’s Very Tasty Halloween hit YouTube, and the event is looking to be the most delicious event for the Halloween season. In the short clip, Snoop talks to his crystal ball and asks for an event that’ll quench his frightening appetite.

“The ghouls and freaks are on the prowl,” Snoop said in the trailer. “I need sweets and treats to stop my stomach growl. I haven’t thrown a Halloween party in a minute.”

Contestants will be competing in a cooking showdown that’ll have each team of three cooks baking and building a full-sensory 12’x12′ Halloween world that people can explore, taste and eat. The showdown will then turn into a full-blown Halloween party with a dog-inspired Batman costume Snoop wears that’ll give Travis Scott and his brown Dark Knight costume a run for their money.

Snoop and Martha are teaming up with Tasty food content creator, Alvin Zhou and Buzzfeed to bring the event to fans on the Peacock streaming app on October 21. The union between Peacock and BuzzFeed is the first in a plan of original unscripted programming that includes multiple projects spanning celebrity, pop culture, games and pets.

Snoop’s show with Martha Stewart is an example of his impeccable talent to successfully crossover into different industries. His latest venture into the world of television is his role on 50 Cent’s new STARZ series BMF. 50 visited Jimmy Kimmel Live last month and explained a funny encounter with Snoop on set. 50 said he tried to get Snoop to quit smoking, but he knew it wouldn’t work.