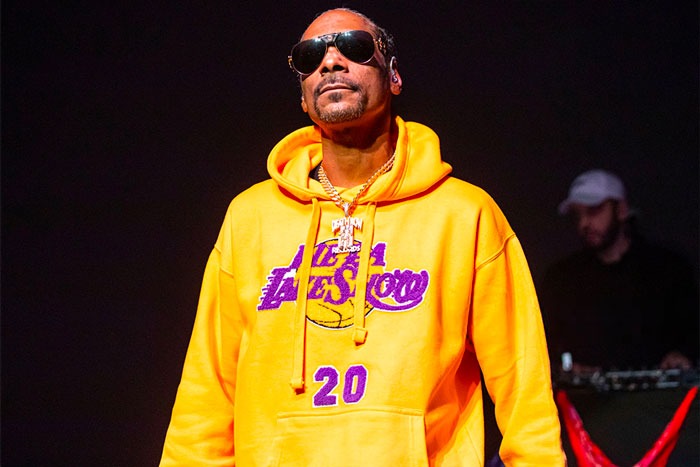 Snoop Dogg is honoring Kobe Bryant with a new tattoo.

Fresh off the Lakers 2020 NBA Championship win, the West Coast icon got some brand new ink to commemorate the historic occasion. The tat, which appears on his right forearm, features Kobe Bryant’s “KB” initials below the Larry O’Brien NBA Championship Trophy with the Lakers logo going across it and the gates of heaven above it. The artwork was done by famed tattoo artist Mister Cartoon.

Snoop showed off his Lakers tribute tat in a video on Instagram, while also tagging the team’s players including Anthony Davis, Dwight Howard, Kyle Kuzma, and MVP LeBron James.

“Thank y’all, Lakers and thank you Mr. Cartoon in a real motherfu**in’ way. We the West and we the best,” Snoop said while revealing the finished product.

On Sunday night, Snoop celebrated his home team as they defeated the Miami Heat in Game 6 of the NBA Finals and clinched their 17th NBA championship title. “Job well done @kingjames,” he told LeBron.

Snoop has shown his loyalty to Kobe in the past. He slammed CBS host Gayle King after she brought up Kobe’s 2003 sexual assault charge during an interview with WNBA champion Lisa Leslie, later apologizing for his “disrespectful” comments.

Snoop wasn’t the only one celebrating the Lake Show. Other celebrities including Rihanna, Dr. Dre, and Kanye West also celebrated the Lakers first championship in 10 years.