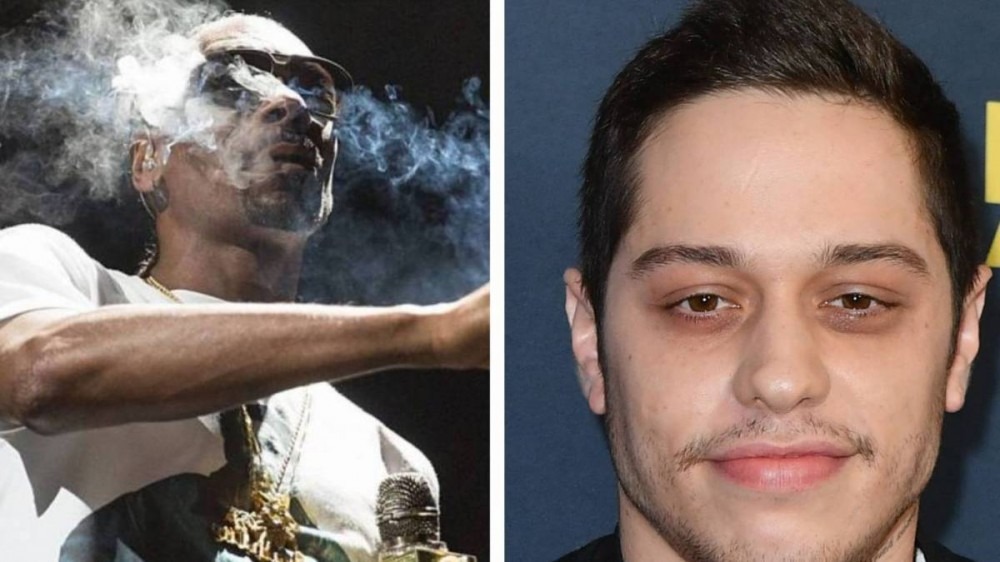 But according to The Doggfather’s recollection, SNL star and comedian Pete Davidson isn’t one to even finish the joint.

While speaking with Morgan Stewart and Hunter March for E!’s Nightly Pop on Tuesday (June 22), Snoop Dogg blew up Pete Davidson’s spot when asked which celebrity wasn’t up for the puff puff pass.

“The last person I just blew with … I knocked his wig off,” Snoop Dogg told the co-hosts.

Snoop Dogg also reiterated it was Willie Nelson (circa 2007) who had him high enough to tap-out and spoke highly of his wife and new manager, Shante Broadus.