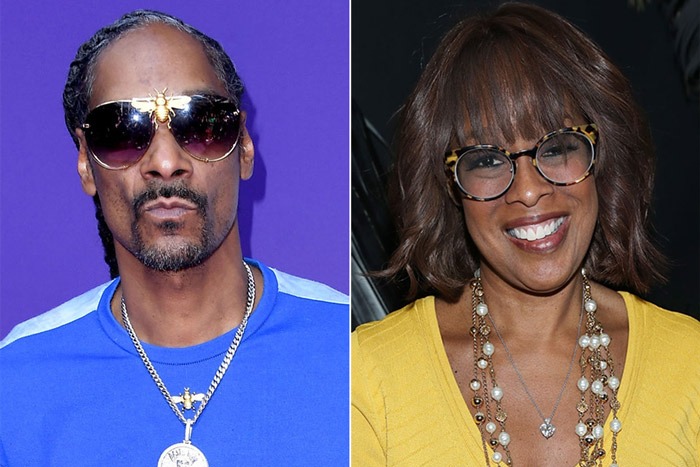 The rapper is apologizing to Gayle King in the wake of his controversial comments about her interview about Kobe Bryant. Snoop says he decided to apologize after speaking with his mother. “Had a talk with my momma thank u mamma,” he captioned his video. “2 wrongs don’t make it right time to heal 🙏🏽💙 @gayleking Peace ☮️ n love Praying for u and your family as well as Vanessa and the kids.”

Earlier this month, Snoop slammed the “CBS This Morning” host for an interview she did with former WNBA champion Lisa Leslie where she brought up Bryant’s ual assault charge. “Gayle King, out of pocket for that shit, way out of pocket,” he said before calling her a “funky, dog-head bitch” and issuing a warning: “Respect the family and back off, bitch, before we come get you.”

But Snoop now says that he was wrong for disparaging the 65-year-old reporter. “Two wrongs don’t make no right. When you’re wrong, you gotta fix it,” he said in an Instagram video released Wednesday. “Gayle King, I publicly tore you down by coming at you in a derogatory manner based off of emotions…me being angry at questions that you asked.”

He admitted that he “overreacted” and handled it poorly by calling her derogatory names. “Should have handled it way different than that. I was raised way better than that. So I would like to apologize to you publicly for the language that I used and calling you out of your name and just being disrespectful.”

He admits that his emotions got the best of him. “I didn’t mean for it to be like that. I was just expressing myself for a friend who wasn’t here to defend himself. A lot of people look up to me and they love me and they appreciate me, so I want to let them know that anytime you mess up, it’s okay to fix it, it’s okay to man up and say that you’re wrong.”

He also offered to meet with King privately in person to talk. “I apologize. Hopefully we can sit down and talk privately. Have a good day.”

King received death threats following the interview, according to her best friend Oprah. “She is not doing well,” said Winfrey, who said King has to travel with security. “She’s feeling very much attacked.”

Others including LeBron James, 50 Cent, The Game, and Bill Cosby also criticized King for bringing up the rape accusation during the interview.

Snoop’s apology received support from fans and friends including Lena Waithe. “Proud of you for doing this!” wrote the Queen & Slim screenwriter.