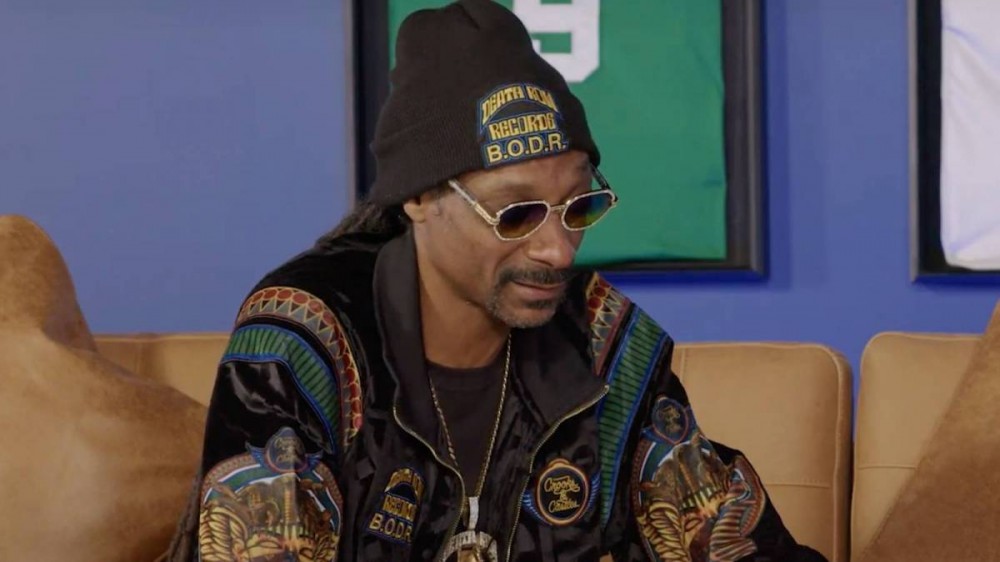 Snoop Dogg says he turned down the opportunity to rap over Dr. Dre’s original demo for the 1988 Eazy-E single “Eazy-Duz-It.”

In a new interview with Eugene “Big U” Hensley for the Checc’n ~ In Podcast, the Doggfather and buzzing pop culture figure was talking about his life pre-fame when he made the revelation.

“He [Dr. Dre] came over one Thanksgiving and Warren G had me nervous because he was telling Dre ‘Snoopy can rap’ and I was like man shut the fuck up, I ain’t ready yet,” Snoop explained. “So Dre takes us to the back room and he starts playing that ‘He once was a thug from around the way,’ before it had even come out.

Of course, Snoop Dogg ultimately did get the courage to rap not only for Dre but also with Dre. The D-O-Double-G made his foray into the rap world in 1992 with “Deep Over (187). Just a teenager at the time, the song would launch Snoop into another stratosphere.

Later that year, he made several appearances on Dr. Dre’s debut solo album The Chronic, which peaked at No. 3 on the Billboard 200 and spent eight weeks in the Top 10. The single “Nuthin’ but a ‘G’ Thang” reached No. 2 on the Billboard Hot 100 and No. 1 on the Hot Rap Singles and Hot R&B Singles charts. To this day, the album is considered a West Coast gangsta rap classic.

“I was trying to get my masters from eOne,” Snoop told Big U elsewhere in the interview. “All I was concerned with was my masters, but they talked to me like a bitch and make me ho for my shit and it rubbed me the wrong way. So I went to Def Jam and did a two-year play over there.

“Then a good friend of mine told me eOne sold Death Row to some people that don’t know what to do with it, so I talked to them and was like, ‘What’s up with those masters, not just mine all of them, everything…I don’t give a fuck what it costs. I need that.”

The Snoop Dogg episode serves as the Season 2 premiere of the Checc’n ~ In Podcast with Big U. Watch the full video via Caffeine here.