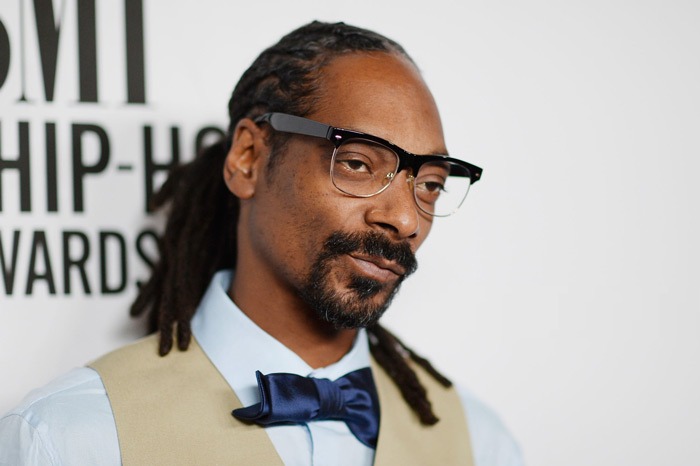 In the wake of his controversial comments about Gayle King following her interview about Kobe Bryant, the rapper is addressing the backlash. On Saturday, Snoop took to Instagram to clarify that he wasn’t looking for a fight with the “CBS This Morning” host.

“Here’s a message for the people that need to know: I’m a non-violent person,” Snoop said in his PSA. “When I said what I said, I spoke for the people who felt like Gayle was very disrespectful towards Kobe Bryant and his family.”

He insisted that he was only defending Bryant’s legacy. “Now with that being said, what I look like wanting some harm to come to a 70-year-old woman?” he asked. “I was raised way better than that. I don’t want no harm to come to her and I didn’t threaten her. All I did was said, ‘Check it out, you outta pocket for what you doing and we watching you. Have a little bit more respect for Vanessa, her babies, and Kobe Bryant’s legacy.’”

Last week, Snoop slammed the 65-year-old reporter for an interview she did with former WNBA champion Lisa Leslie where she brought up Bryant’s ual assault charge. The late Lakers legend was accused of rape in 2003 by a 19-year old woman in Colorado. The case was dismissed in 2004.

“Gayle King, out of pocket for that shit, way out of pocket,” he said. “What do you gain from that? I swear to God, we the worst, we the fucking worst. We expect more from you, Gayle.”

He also called out her best friend Oprah Winfrey for her HBO interview with Michael Jackson’s accusers, and shared his support for Bill Cosby. “Did that fake ass micheal Jackson shit to tarnish his name with them lying ass kids and here she is with a known rapist smiling and laughing. Fuck u and Gayle. Free bill Cosby,” added Snoop.

He ended by calling King a “funky, dog-haired bitch” before issuing a warning: “Respect the family and back off, bitch, before we come get you.”

The interview reportedly prompted death threats against King, according to Oprah. “She is not doing well,” said Winfrey, who said King has to travel with security. “She’s feeling very much attacked.”

Others including LeBron James, 50 Cent, The Game, and even Cosby criticized King for bringing up the rape accusation. “It’s so sad and disappointing that successful Black Women are being used to tarnish the image and legacy of successful Black Men, even in death,” Cosby wrote in a letter from jail.

Bryant, his 13-year-old daughter Gianna, and seven other people were killed in a helicopter crash last month. A memorial will be held at Staples Center in Los Angeles on Feb. 24.