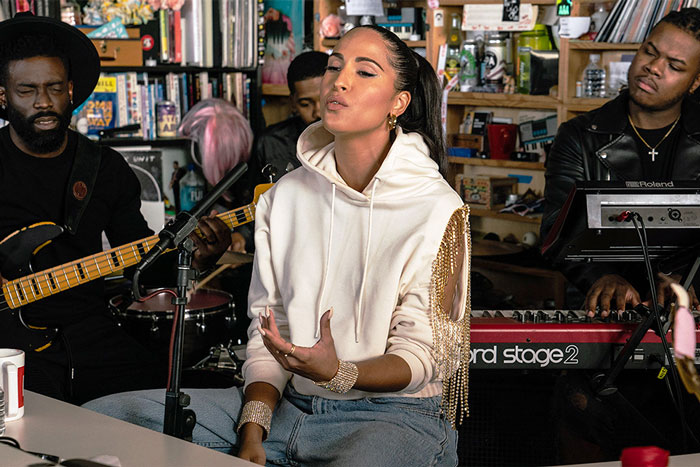 Donning Off-White Nike Dunks and baggy jeans, the Iranian vocalist performed a medley of hits from her critically-acclaimed album Ugh, those feels again. She opened her stripped-down set with “Love Like That.” Accompanied by her band and a string section, she continued with “I Want You Around,” “Whoa,” and “Fool for You” off 2017’s Feels. She capped off the 16-minute performance with a jazzy rendition of “Find Someone Like You.”

You can catch the feels live when Snoh kicks off her North American tour on March 18 in Vancouver. The 23-date trek, which is nearly sold out, wraps May 5 in Atlanta.