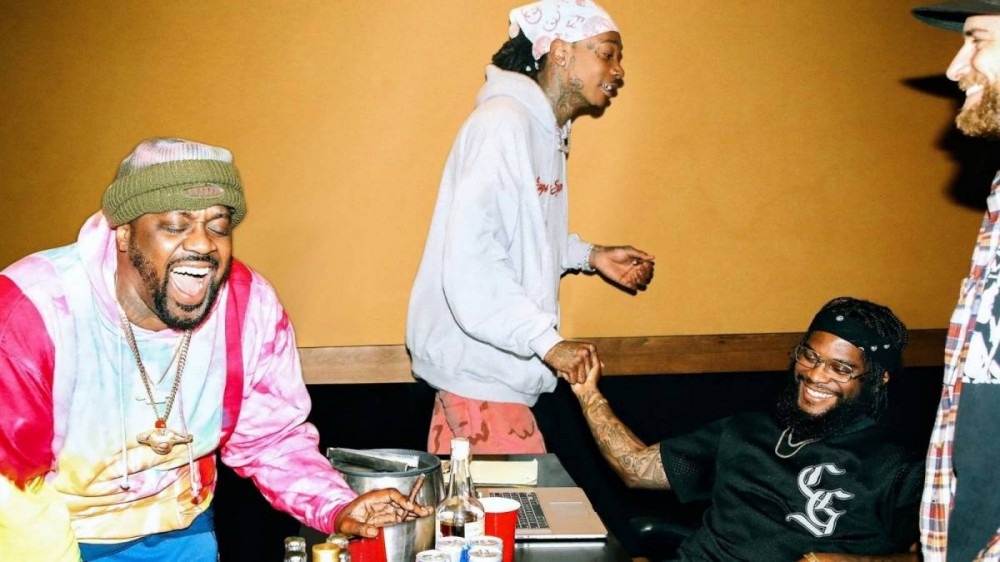 Like LeBron James, Dwyane Wade and Chris Bosh of the iconic NBA Championship-winning Miami Heat Big Three to be exact.

On Wednesday (March 9), the trio of rappers shared the colorfully animated visual for their “Put You On” single along with the announcement of their upcoming Girl Talk-helmed collaborative album Full Court Press.

Big K.R.I.T. briefly gave details about coming together with the Pittsburgh-bred producer and his fellow Hip Hop collaborators for the album in a tweet on March 9.

“Me and girltalk worked together sonically on making sure the project came together,”Big K.R.I.T. wrote in part. “It was a great experience working with my brothas @wizkhalifa & @smokedza @girltalk felt like 2010 all over again #blogera #FullCourtPress.”

Me and girltalk worked together sonically on making sure the project came together. It was a great experience working with my brothas @wizkhalifa & @smokedza @girltalk felt like 2010 all over again 💯 #blogera #FullCourtPress

Smoke DZA picked up where the Digital Roses Don’t Die MC left off during a recent interview with HipHopDX and explained how he, Wiz Khalifa and Big K.R.I.T. galvanized each other’s energy on “Put You On.” In the process, the RFC bossman began comparing his skill set to retired NBA center Chris Bosh, and Wiz and K.R.I.T. to LeBron James and Dwyane Wade during their 2012 and 2013 NBA championship runs.

“And I’m just so happy about this,” Smoke DZA began. “You know what I mean? Like, for the fans to finally get to what we did, you know I was saying earlier this is an All-Star game. It’s, us making it to the finals as a team together and fucking dominating and lifting Larry O. Bryan. Like I’m Chris Bosh man, I’m Ray Allen. Bron [LeBron James] and Wade [Dwyane Wade], they here doing what they doing. And I’m here, I’m here to, you know, I’m here to do what I do. And, this is a, it’s a dream team. It’s All-Star. It’s amazing.”

Girl Talk also added to DZA’s response by explaining how much his confidence was boosted concerning the collab project once he heard how great “Put You On” sounded after they put it together.

“I remember after that song, I was like, ‘Oh, this project is gonna be good,’” Girl Talk said. “Like it just came together so easily and it sounded good. And that beat was like kind of specifically a K.R.I.T. style beat in my mind, but it was fun hearing DZA like do his thing on it. Wiz sounded very natural. And, and I think that’s at the heart of the project a lot. I had different beats picked out for different artists and it’s fun to hear the ones who I wouldn’t normally have gotten them on that beat due to the thing on it.”

All three rap stars have maintained a cordial rapport over the years, connecting in the last two decades on records such as Big K.R.I.T.’s 2013 track “Only One” and most recently in 2020 on Girl Talk’s “Santos Party House” single featuring Jet Life lyricist Curren$y.

Aside from a string of singles including his “No Problem” collaboration with Yung Nudy, Full Court Press, which is scheduled for release on April 8, will be the first full-length project Girl Talk has delivered since his 2008 Feed The Animals album.

Catch the top-tier animation in the video for “Put You On” below.