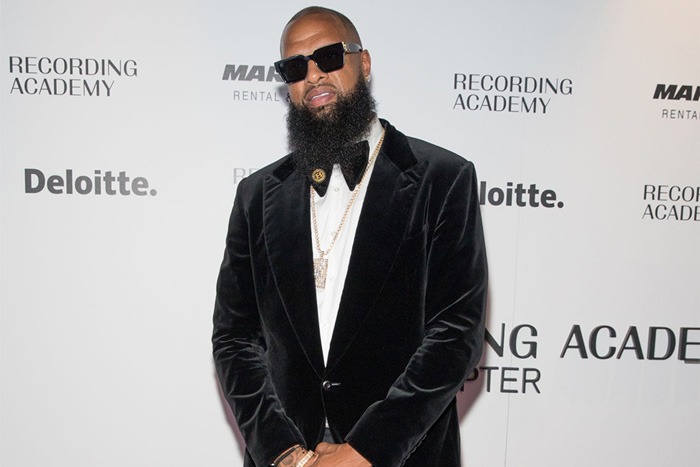 Slim Thug has the coronavirus.

The Houston MC is the first rapper to publicly announce that he has tested positive for COVID-19. In a video posted to Instagram on Tuesday, Slim Thug revealed his diagnosis.

“The other day I got tested for the coronavirus and it came back positive,” he told his 1.1 million followers.

Just found out I got Corona virus

Prior to getting tested, he had been self-quarantined and taking extra precautions including wearing gloves and masks. “My test came back positive so y’all gotta take this stuff serious. Stay at home, self-quarantine,” he said. “Do not come outside for however long they’re saying. If you have symptoms, you need to get checked out or whatever.”

He had symptoms including fever and cough, but he’s doing OK. “I’m good. I don’t got no problems right now. The other day I had a slight fever and a cough. I feel better now. I don’t have no fever,” he added.

He also issued a warning to others who may not be taking the pandemic seriously. “I feel like I’m good, but y’all better take it serious. It’s real out here.”

Other celebrities have also tested positive for coronavirus including Idris Elba, Tom Hanks, Kevin Durant, and Bravo’s Andy Cohen. Drake took a test after spending time with Durant and it came back negative, while Meek Mill has revealed that he had “flu like symptoms” in December, but a doctor was unable to diagnose him.

I was extremely sick in December around christmas time with flu like symptoms… everyday I said to myself a older person cannot survive this! I lost like 15 pounds and could barely move! I never been that sick.. a doctor never told me what it was.