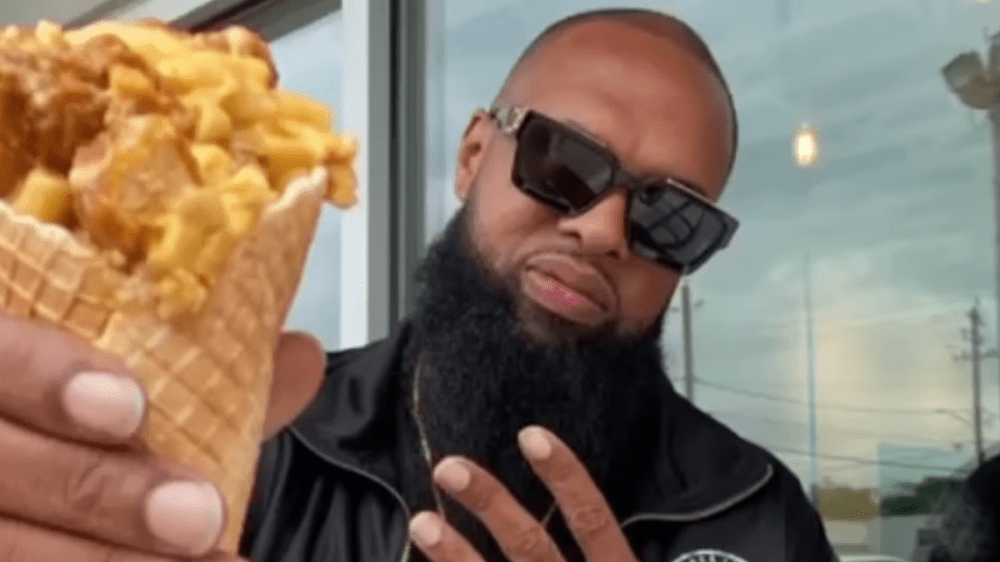 Houston rapper Slim Thug has launched his own meal at Chick’nCone to benefit men’s education between the ages of eight and 24.

According to the Houston Chronicle, the restaurant is raising funds for his non-profit organization Boss Life Foundation by donating $1 from every sale of the “Still Tippin’” cone, named after his classic 2005 single with fellow H-Town natives Mike Jones and Paul Wall.

As for the meal itself, it includes fried chicken strips, macaroni and cheese, and Kickin’ Ranch sauce inside a waffle cone. It’s only available for a limited time from Thursday (April 22) through to Sunday (April 25).

Thug shared a video of the cone on Instagram with the caption, “Album Drop. Cone Drop. Check out my collab cone “STILL TIPPIN’” at @chicknconehtx this weekend! Proceeds benefit the @bosslifefoundation! Still put on for my city! Pull up #Htown!”

The platinum single “Still Tippin’” appeared on Mike Jones’ debut album Who Is Mike Jones? and peaked at No. 60 on the Billboard Hot 100 chart. The music video was re-uploaded to YouTube in May 2020 and already has over nine million views.

In March 2020, Slim Thug spoke to Vibe about the importance of music — especially in the middle of a pandemic.

“Music is just therapy to your body and soul,” he said. “Whenever I’m stressed out, I got a playlist for that. I got a playlist for anything and any mood I need to be in. Music is very important because of a lot of Black people/minorities, don’t go to therapy, they don’t have a lot of access to resources that can help ease stress.”

He continued, “A lot of the times, a good song can do that for you, it can make you feel good. All of that. So it’s very important. I feel like my content is good for these times.”